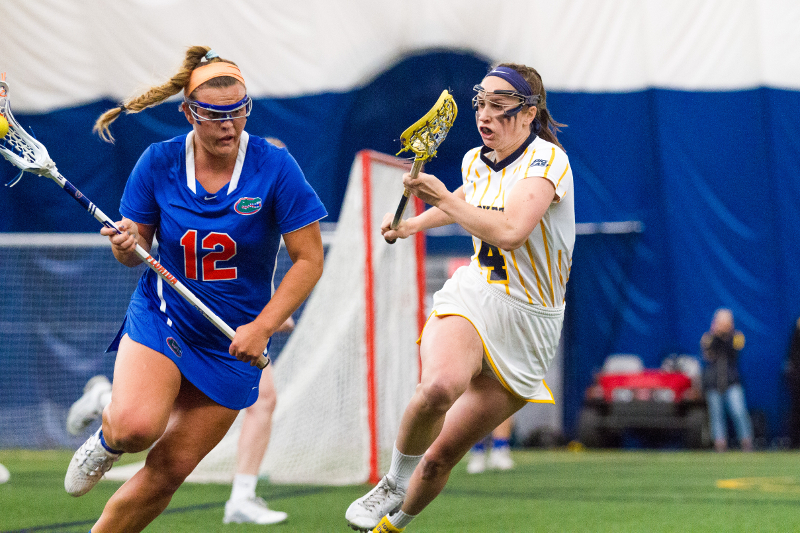 Florida boasts one of the top offenses in the country, and it was on display Wednesday.

With one minute left in the first half, Marquette trailed No. 3 Florida just 8-4 and had possession, looking to score its fourth straight goal.

The Golden Eagles were unable to convert, and in a blink of an eye the Gators added two goals in 20 seconds to add to their lead going into halftime. Florida continued its momentum in the early stages of the second half, scoring three goals in two minutes, essentially ending Marquette’s chance at an upset. Florida kept pouring it on, defeating Marquette 21-7.

“Coming into the second half we had an opportunity to show a little fire and make a statement,” head coach Meredith Black said. “We let three really quick goals and it deflated our sails. Against a team like Florida, you can’t have that.”

The loss is no surprise, as Florida’s only two losses have come against Maryland and North Carolina, the No. 1 and No. 2 teams in the country. The Gators have the third-best scoring offense in the country, averaging 15.82 goals per game. It was clear Wednesday afternoon why the Gators are one of the best teams in the nation.

Despite the lopsided affair, the Golden Eagles competed in the first half. Florida only was able to hold a 2-1 lead up until the 16-minute mark, thanks in part to Marquette freshman goalie Jules Horning, who had six first-half saves. After the Gators scored five unanswered, Marquette finally found a groove when Julianna Shearer and Grace Gabriel combined for three straight goals, cutting their deficit to only four.

“I felt like we had momentum on our side, we figured it out and saw that we were able to score,” Black said. “I was really happy with them. I felt good going into halftime.”

Shearer led all Marquette scorers with another hat trick, bringing her season total to 35 goals, one shy of her single-season record she set last year. Gabriel, Charlotte McGuire and Cate Soccodato rounded out the Golden Eagles scorers. Senior defender Fran Meyer also had another strong performance, tallying two caused turnovers, three ground balls and two draw controls. Meyer leads the BIG EAST in caused turnovers with 25 and ranks in in the top 25 nationally.

“She’s unbelievable, so athletic and strong,” Black said. “She initiates our offense with her caused turnovers and in transition, so she really helps us get the momentum we need in a lot of situations.”

Next the Golden Eagles will travel to Denver and take on the No. 13 Pioneers Saturday in Colorado.