Report of shots fired on campus 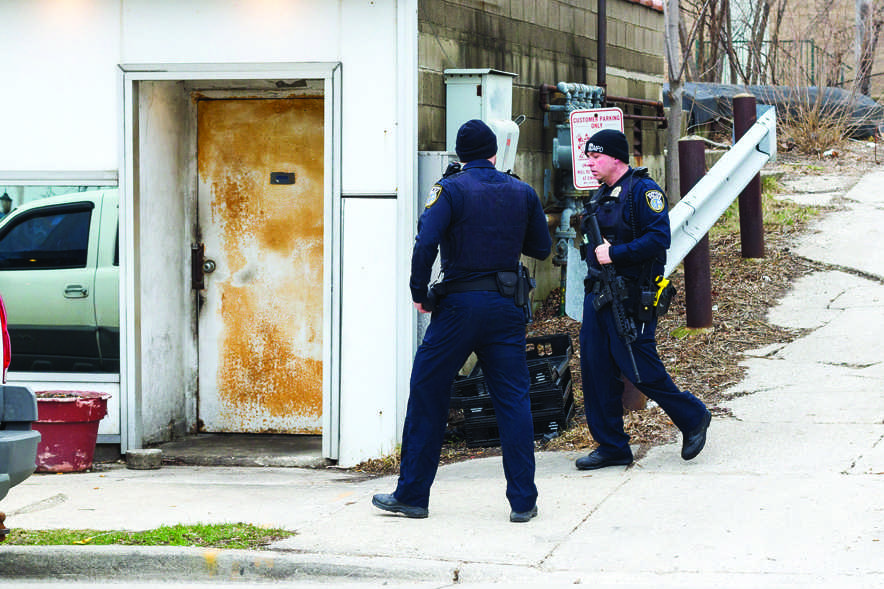 A subject is currently in custody after shots were allegedly fired Monday afternoon in the 500 block of N. 20th Street.

At 3:25 p.m., the Marquette University Police Department was dispatched to respond to reports of trouble with a suspect in the Grand Haven Apartments, a senior living community. “When officers arrived they were advised that there were some shots fired,” MUPD Capt. Jeff Kranz said.

Officers rushed to secure the surrounding area, which includes Miss Katie’s Diner and the Dental School parking lot. Children were cleared from the Marquette Child Care Center on N. 19th Street. Marquette students received text and email alerts warning them to stay away from the area.

There were no injuries reported.

Taylor Jacobs, a senior in the College of Arts & Sciences who works for the daycare center, said, “It was scary just because it was across the street from the daycare where all these little children are. I thought the daycare staff handled it very well.”

The MUPD cleared out the daycare and had parents pick up their kids in the back of the building. “You don’t want kids to see that stuff, and the daycare was in the line of sight from the subject’s window,” said Kranz.

MUPD locked down Grand Haven Apartments to make sure the subject couldn’t escape. Officers at the scene declined to comment because the situation was ongoing, but Kranz stopped to say, “We have an incident contained in that apartment building right there. (The incident) is inside, it never came outside at all, and we’re not 100 percent sure what it is right now.”

Residents were also unsure as to what was happening. Nick Bury, a senior in the College of Education who lives in an apartment building on 19th and Clybourn, said, “I don’t know exactly what happened, but every time I looked out my window, more cops were there.”

MUPD contacted the Milwaukee Police Department for assistance. An MPD tactical unit vehicle and police dogs were deployed near the building, and a helicopter circled overhead. At 6:11 p.m., MPD was “able to talk the individual down and out of the apartment, and he is currently in custody,” Kranz said.

Together the police departments shut down the area between 19th and 20th streets, and Clybourn Street and Wisconsin Avenue. Residents were temporarily not allowed to return to their homes.

After the incident was finished and the subject surrendered, it became clear there was no gun and no real gun shots. “The subject mimicked the sound of gun shots, which is pretty easy to do, to scare his neighbors for reasons that are still unknown,” said Kranz. “Officers had to respond the way they did based on the information we had.”

The subject was a male in his 30s, and he will be appearing before the District Attorney later today or tomorrow, and will face potential charges. Information on those charges will be released later in the week.