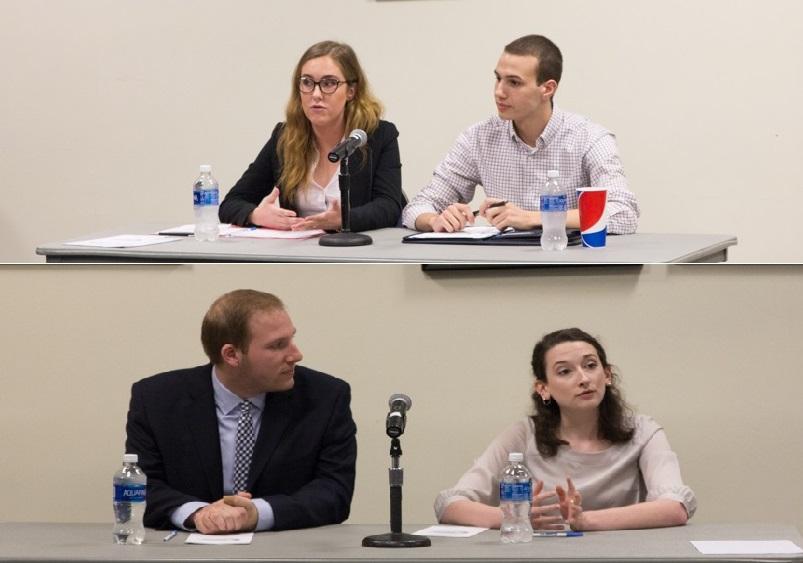 The Marquette Wire Editorial Board has stressed several times the importance of students making their voices heard by being informed and active voters. We have highlighted that voting is a duty that comes more than just once every four Novembers. Fellow Marquette students, Election Day is this Thursday.

Voting in these elections is easy — it can be done any time of the day online in minutes — and an important opportunity all students should take advantage of. MUSG is more than a campus club; the decisions made by the student leaders in these positions affect us all.

For years, the voter turnout rate in MUSG spring elections has been unfortunately low. Last year, only 28 percent of eligible student voters (2,127) cast a ballot.

As is the case for any government election, some people won’t vote because they feel they are not adequately informed on the candidates and issues.

For those of you who don’t think you know enough to make a primed decision, inform yourself. Check out the Wire’s extensive coverage of the campaign, including a recording of Sunday night’s live debate, profiles of the presidential candidates and their running mates and other MUSG coverage. You can also learn more about each ticket’s platform on their respective campaign websites, adamandreba.com and benandalliemusg.com.

Some students may not vote because they believe the outcome of the election has little effect on their lives.

MUSG actually holds more power and influence than many of us know, and changes on campus happen often based on decisions made by those students we elect into office.

One of MUSG’s biggest responsibilities is allocating funds to student organizations. With over 300 of them on campus, thousands of involved Marquette students will be directly affected by the decisions next year’s MUSG leaders make about how much money to allocate to each organization.

MUSG has real money to work with, and they enact changes on campus we see every day. Over the past few years they have implemented Ozzi stations in dining halls and water bottle refill stations in most buildings. They passed a referendum for a student fee that will support the future construction of a new student recreation and wellness center and approved tobacco-free campus legislation.

Perhaps the most important responsibility the MUSG president and executive vice president have is their direct contact with top university administration. Whoever we elect will communicate face-to-face with University President Michael Lovell, Provost Dan Myers, Vice President for Student Affairs Xavier Cole and others. The average Marquette student is rarely granted this privilege. So, who do you want representing you? Vote for someone this Thursday who you trust and who you believe will remain dedicated to your needs and the needs of all students.