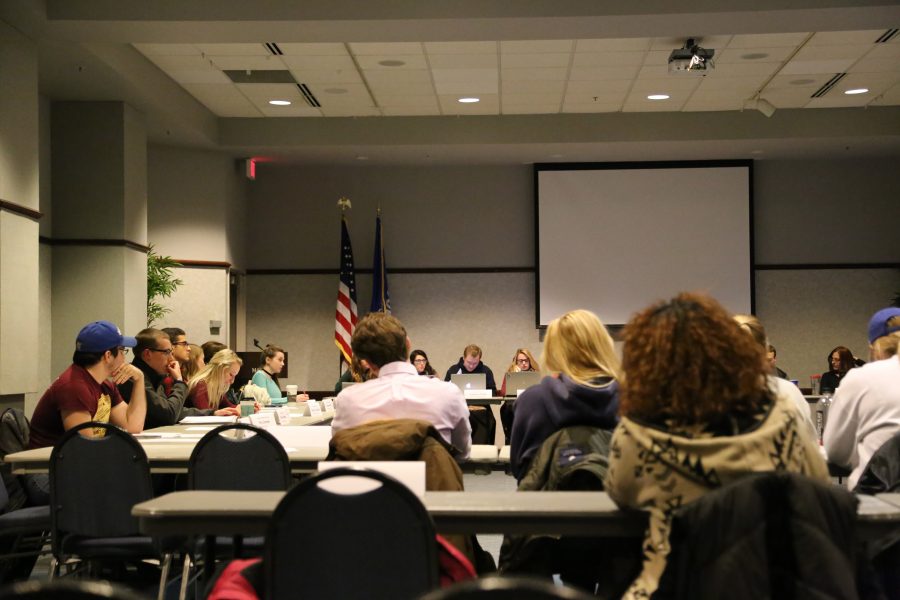 Get to know your Marquette University Student Government candidates for President and Executive Vice President.

Kouhel is a junior from Waukesha, Wis., studying finance and information technology, with a minor in Asian studies. He has been involved in MUSG since his freshmen year, having served on a number of different committees and most recently serving as EVP.

Kouhel is currently the sitting president of MUSG after assuming the role in January when former President Abraham Ortiz Tapia stepped down from the position. He is a member of the Delta Tau Delta fraternity, a student Alumni Ambassador and one of the committee members for the Class of 2017 Senior Challenge.

Streightiff is a junior who transferred to Marquette from the University of Kansas during her freshman year. She is majoring in advertising and minoring in leadership, innovation and design. Streightiff is a program assistant in the Office of Student Development, which serves Marquette’s student organizations.

She has participated in two leadership programs at Marquette — Students Taking Active Roles (S.T.A.R.) and LeaderShape — and has also created her own club on campus called Love the Skin You’re In, which serves to promote confidence and self-love for women.

The slogan of Kouhel and Streightiff’s campaign is “Putting Students First.” The candidates hope that if elected, they can promote a campus where student voices are “not only heard, but empowered.”

Kouhel said one major component of their campaign is “a commitment to inclusivity,” which is focused on promoting Marquette’s Hispanic Serving Institutions Initiative, strengthening support for immigrant, minority and first generation students, and providing better resources for the LGBTQIA+ community.

More about the candidates and their platform is listed on their website: http://adamandreba.com/

Bitz is a junior from Sussex, Wis., majoring in economics and philosophy and minoring in Arabic language and culture. She is a member of the student council for the Klingler College of Arts & Sciences and a member of Marquette’s Arabic Club. She has been a part of MUSG since her freshman year, having served in two different senate seats and as the Committee Chair of the Business and Administration Committee.

Bitz and Dombrowski’s platform is based on three cornerstones: “Inclusivity, improvement, and involvement.” The candidates feel that less work should be placed on the shoulders of individual student organization leaders when it comes to voicing their concerns.

They believe MUSG needs to take an active role in promoting inclusivity campus-wide by taking student concerns directly to university administration on behalf of all student groups. Bitz and Dombrowski also stressed the importance of having MUSG leadership that is “organized and prepared.” The two have plans to reorganize some aspects of MUSG, including the website, hoping to make the intentions and actions of MUSG clearer for students.

More about the candidates and their platform is available on their website: https://www.benandalliemusg.com/