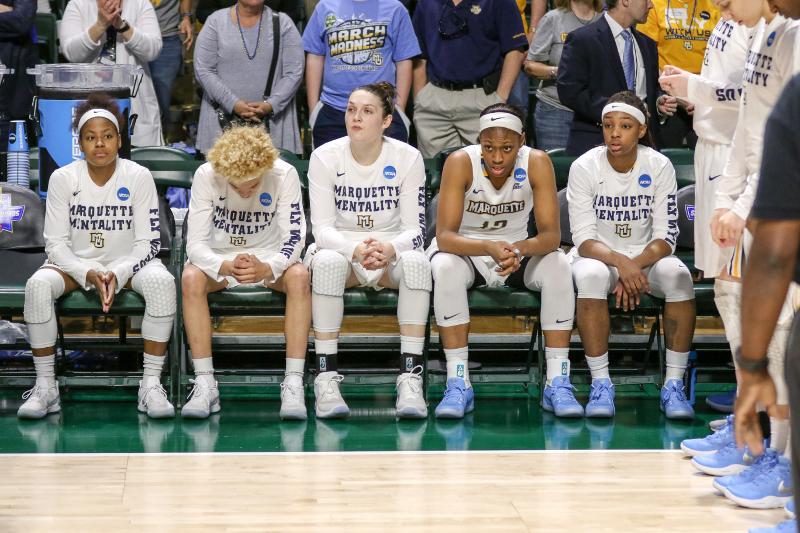 Just a couple miles away from the Watsco Center at The University of Miami, where the Marquette women’s basketball team saw their season come to an unexpected conclusion, lies South Beach.

“When you watch us play, I would not want to be an assistant coach for another team, because what are they running?” Kieger said. “Sometimes I don’t even know what we’re running, but they do a fantastic job of reading and playing off each other, and I think that’s one thing that where we really evolved last year is eliminating our dribbles, and our passing has improved drastically.”

The highs were going 6-0 against top-25 ranked teams, winning the BIG EAST Tournament and getting asked to the Big Dance. The lows, a couple trap game losses, an early season wake up call courtesy of Green Bay, a Creighton-shaped regular season roadblock and an unfortunate clunker for a season finale against 12th-seeded Quinnipiac, were close to faceplant-in-the-sand levels of low.

But like any trip to South Beach, it’s entirely impossible for everyone involved to walk away from this season with anything but a huge smile across their face and lifelong memories dancing through their minds.

“I’m really, really proud of our whole entire program. We’ve come a long way in three years, and I’m glad we’ve got to have this experience here at the NCAA Tournament, because we’ve worked really hard for it,” Kieger said following their first-round NCAA Tournament game. “We know we’re just getting started. We talked about in the locker room. We have to remember this pain. We have to remember what this feels like and use it for motivation.”

The season ended on such a sour note, which masks what was otherwise as successful a season as possible. In spring break terms, the Golden Eagles are experiencing the headache and the hangover, but the downswing wasn’t possible without the wild moments that came before. And that’s exactly what the Golden Eagles had all season long.

A three-game non conference homestand to kick off the season was capped off by a victory over then-No. 18 Arizona State. Immediately following the name-making win, Marquette made a West Coast road trip and downed Oregon State for its second victory over top-25 ranked opponents.

It was just a couple weeks later, however, when the well-respected Green Bay traveled to the Al McGuire Center and reminded onlookers that the Golden Eagles were still a young, sophomore-heavy squad via a 78-63 blowout.

But the party didn’t stop for long. Midway through conference play, Marquette traveled down to DePaul and downed the then-undefeated Blue Demons in an overtime thriller. When DePaul made the trip up to Milwaukee at the end of conference season, Marquette defeated the Blue Demons again, grabbing its fourth victory over top-25 ranked opponents.

The dream season came to a screeching stop Saturday, as Quinnipiac completed the infamous No. 12/No. 5 seed upset. But losing in the first round is a small price to pay for a team many didn’t even expect to be there, let alone secure an automatic bid with a conference championship.