Marquette MARDI GRAS builds homes in more ways than one 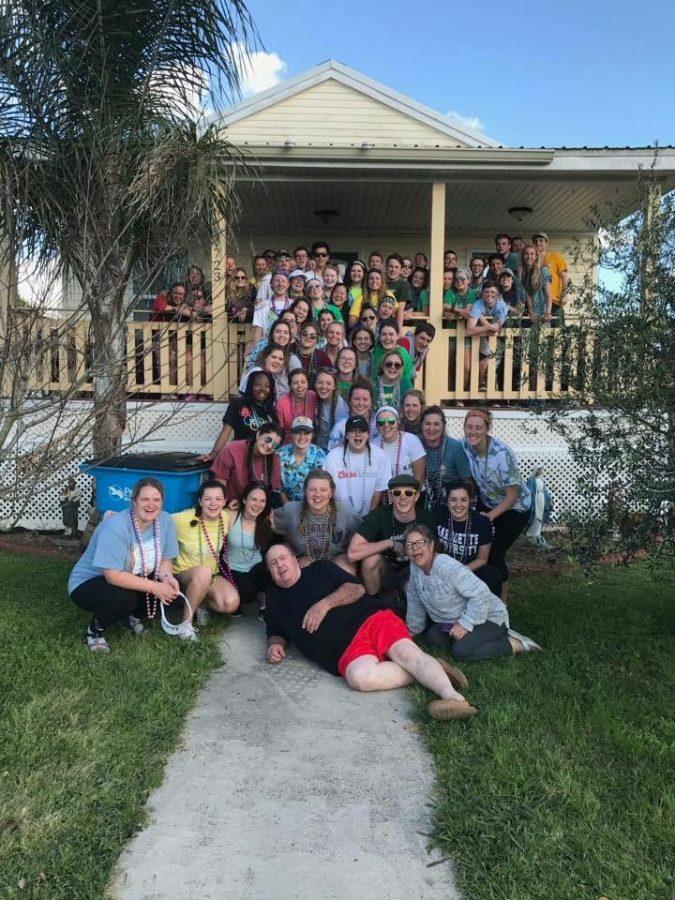 I didn’t expect to be reminded of home 1,100 miles away from campus, but after traveling to New Orleans for spring break, that’s exactly what happened.

As I packed my duffel bag into the back of a minivan and found a seat amongst six strangers, I was curious about the service work to be done over the week with MARDI GRAS, an organization at Marquette that aims to raise awareness about the needs of a post-Katrina New Orleans.

One homey reminder was a sign hanging above the checkout line in Burnell’s Grocery reading, “If you don’t see it, ask for it.”

Burnell Colton, a resident of the Lower Ninth Ward in New Orleans, restored a building into the grocery store by himself after Hurricane Katrina so residents would have a place to buy food.

The neighborhood has a sense of abandonment from the rest of New Orleans, because public services and rebuilding assistance have been slow to return to the neighborhood since the 2005 hurricane. However, the Lower Ninth Ward being neglected by city officials inspired an activist spirit for many residents, including Colton.

From the sign that hangs in Burnell’s Grocery to a hug from a random stranger, it is evident that cultural and family roots run deep in New Orleans. The Lower Ninth’s history of high rates of homeownership and multiple generations of families residing near one another makes for a friendly, tight-knit community that still faces many challenges on the road to recovery.

Each day my small group and I arrived at our construction site where we helped fix the exterior of a home. After working all day, we visited former homeowners that Marquette MARDI GRAS works with. We heard their stories, as well as helped with any tasks around their home that needed to be done.

Every homeowner I visited at the end of each work day talked about how connected they felt to the Marquette family. Colton said he believes Marquette has been the most consistent school to help with the recovery of New Orleans.

When Colton thinks of the recovery of his city, he largely thinks of his family at Marquette.

“This is the only grocery store (in the area),” Colton said. “I’ve put in my entire life savings. A lot of blood, sweat and tears. But the people that are still here are appreciative and grateful. I want the Ninth Ward to come back. If I have to build the city back myself one business at a time, I am going to do it.”

Colton’s dedication to his community inspired many Marquette students on the trip.

“The biggest thing I brought back with me from New Orleans is the responsibility to be an advocate for those in need,” Maddy Philip, a sophomore in the College of Arts & Sciences, said. “There are people in Milwaukee (with) as great of a need as those in New Orleans and I have a responsibility as a Marquette student and as a human being to be a voice for those who do not have the resources or opportunities to fight for themselves alone.”

Colton not only created a grocery store for his community, but a barber shop, a laundromat and a children’s playground. His next project is an internet cafe.

“I was taken aback by how humble Burnell is,” Hannah Seeman, a sophomore in the College of Communication, said. “He doesn’t take anything for granted and I think that is inspiring.”

Colton reserves a wall for Marquette students to sign after they visit. However, Colton allowed a non-Marquette student to sign the wall Feb. 25. Written on the wall in Burnell’s Grocery, Facebook CEO Mark Zuckerberg wrote, “Burnell, you’re doing an amazing thing here. Thank you for nourishing the Ninth Ward.” Zuckerberg had been following Colton’s story for two years.

A common theme emerged from interacting with each homeowner in New Orleans: home. Homeowners taught Marquette students to build homes, not houses, whether it be in New Orleans or Milwaukee.