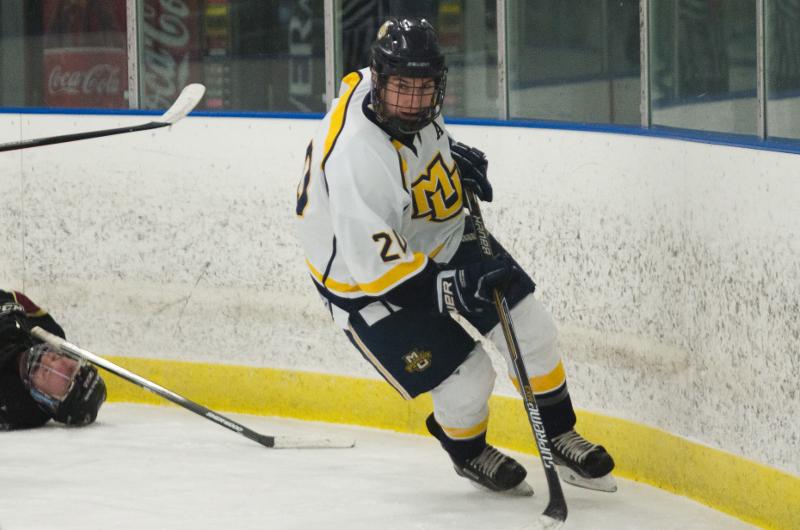 How they got there

Marquette finished the season with a 19-6 record and finished runner-up in their conference tournament. The season was good enough for the Golden Eagles to receive one of two automatic bids from their Pacific Region, coming in second to Iowa State. They used a balance attack and a great defense to earn another successful regular season. Marquette has five players with 20 or more points but the biggest turnaround is their defense. The team allowed 18 fewer goals than last season, resulting in less pressure for the offense to outscore opponents.

The American Collegiate Hockey Association tournament will run March 14-19. There are 16 teams with four teams in four pools. The Golden Eagles are listed as the No. 2 seed in their pool. The top teams from each pool will play in the semi-finals Friday, and the championship game will be played Friday night.

The last time Marquette reached nationals was 2013, when they went 1-2 and failed to reach the knockout round. Head coach Will Jurgensen said there is a different feel this time around.

“When we played in 2013, we definitely had that mindset we were just happy to be there,” Jurgensen said. “This year (we) have a little more confidence and some expectations.”

Who will they play?

Southern Connecticut State: SCSU is coming into nationals as the No. 3 seed out of the Atlantic Region. The Owls are 19-6 in the season and will play Marquette in their first game March 14 at 5 p.m.

Adrian College: The Bulldogs are also coming into pool play 19-6 on the season. Adrian is the No. 4 seed out of the North Region. Marquette is scheduled to play Adrian on Wednesday at 4:45 p.m.

Florida Gulf Coast: FGCU is the No. 1 seed out of the South Region and has an impressive 22-3 record in the season. The game will be Marquette’s last pool-play game and the showdown will be Thursday at 8 p.m.

What to expect on the ice

When the Golden Eagles take the ice Tuesday, it will be their first game in almost a month. Since the Golden Eagles secured an automatic bid, the team did not have to play in their regional tournament. Junior forward Brian Kennedy said the team has been anxious to get back on the ice.

“It was a nice break. We got to work on a lot of things. But I think we are all excited to get back out there and play,” Kennedy said.

This year’s nationals will be the first for many of the players on the roster. Jurgensen said despite their lack of experience, he believes his team has loads of confidence to reach success.

“If we stick to what makes us successful, use our speed and physicality, I think we will do well,” Jurgensen said. “We have to play our game and not play down to anybody’s level.”

Marquette will not know much about any of their opponents at the tournament, which could pose a challenge. Kennedy said his team must assume every team there is deserving, so they can not overlook anybody. Senior leading goal scorer Adam Benkovich said he expects these games to be the toughest of the season.

“Everyone is going to be playing their best games of the season,” Benkovich said. “So we are just going to have to do the same thing.”

No matter what happens next week, seven seniors will play their last games for the Golden Eagles. Benkovich said he is going to try and take it all in, but his focus is on winning.

“Obviously it’s in the back of my mind,” he said. “I’m really going to try and enjoy it but I’m ready to give my best effort.”