MCCARTHY: Giving to poor always right thing to do 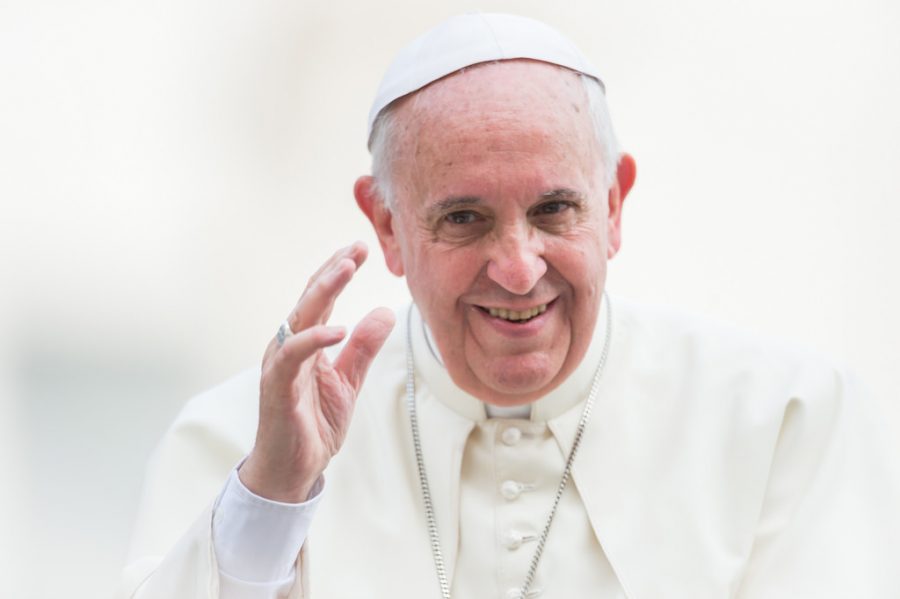 In an interview with an Italian homeless advocacy magazine published last week, Pope Francis said that giving money to those in need is always right, even if they plan to spend that money on alcohol. To me, his comments didn’t seem controversial.

But during my time at Marquette, I’ve noticed that students have widely different views of panhandlers. Some have told me they feel unsafe when a stranger approaches them asking for money. Others say the large number of homeless and rough sleepers on Marquette’s campus is an indictment of a university that calls on its students to “give concrete expression to their beliefs by giving of themselves in service to those in need.”

Milwaukee has a homelessness problem, with most estimates placing the city’s homeless population at a little over 1,500. However, lawmakers seem to think it is more important to solve the panhandling problem. While it is illegal to solicit money aggressively or to do so in certain areas like bus stops and sidewalks, panhandling is still largely protected under the First Amendment.

Last summer, the Milwaukee Common Council passed an initiative that encouraged citizens to “Keep the Change” and make a donation or volunteer at a shelter or food pantry instead of giving money to panhandlers. Fliers and posters with the slogan appeared on local businesses and other areas where panhandlers typically solicit.

Giving money to someone who might buy drugs raises some difficult questions. By inadvertently supporting the drug trade, a person may feel complicit in the destruction it causes. The truth is that drug addiction, and the societal ills that accompany it, will still exist even if you decide to not put a few dollars in that styrofoam cup.

Another issue is that panhandling devalues the property and value of local businesses, decreasing the revenue Milwaukee generates from taxes on that property that could be used to fund social programs to help the homeless. Still, I am hesitant to believe that additional tax dollars would contribute to mitigating the human misery of homelessness.

I think the Marquette community should follow the Pope’s example in his treatment of the homeless, refugees and other outcasts. Earlier this year, the Vatican handed out thermal sleeping bags and opened the Vatican shelters 24 hours a day. Francis even celebrated his 80th birthday with eight homeless men and women over breakfast.

Ultimately, the Pope’s message is to go beyond simply providing others with material sustenance and to respect their basic human dignity. He encourages Catholics to reach out and engage with the homeless.

Instead of judging how others choose to search for happiness, he challenges us to reflect on the ways we seek pleasure and escape in our own lives. He asks us to consider the ways in which we are more fortunate than others.

In the book of Matthew, a young man asks Jesus what he must do to follow him. Jesus responds, “If you would be perfect, go, sell what you possess and give to the poor, and you will have treasure in heaven; and come, follow me.”

As to if it is better to donate to charity or give to panhandlers, why not both?