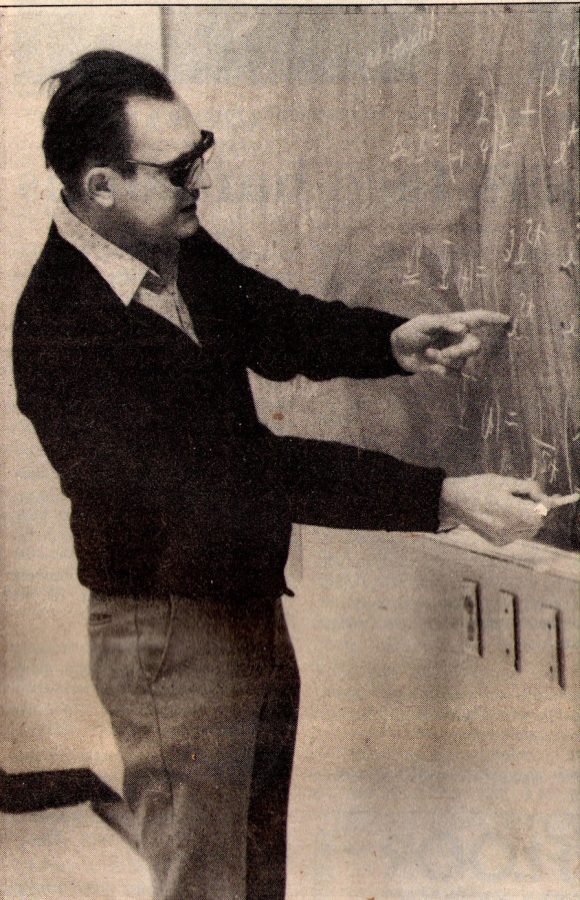 At age 13, Thomas (Tom) Andrew Bronikowski was diagnosed with Type 1 juvenile diabetes and suffered the effects for his entire life. At the age of 47, he permanently lost his eyesight.

Tom was a Marquette mathematics professor for 25 years. He won many teaching awards, including the university Teaching Excellence Award in 1983.

A year later, in the spring of 1984, freshman biochemistry and molecular biology major Anne Bronikowski watched her father write on the board again. He was only able to do so after undergoing occupational therapy.

“He was a funny teacher,” she said. “I studied extra hard for his tests.”

Twenty-seven years later, I, his granddaughter, would attend Marquette, and sign up for Math 1700, Elementary Statistics, one of the courses that counts toward a common core requirement.

When looking at my schedule, Anne gasped when she saw who was teaching the class. “He’s still teaching?” she said.

Professor G. Hossein G. Hamedani has been teaching at Marquette for 36 years and was a colleague and close friend of Tom’s.

I walked into Math 1700 unsure if I should tell him. He had a weird teaching style, and I couldn’t believe how long he’d been here.

Two weeks in, I approached him and tentatively asked, “Did you work here at the same time as Tom Bronikowski?” even though I knew he did.

“Yes, I did,” he responded, and I informed him I was his granddaughter. “You’re kidding!” he proclaimed. I saw in his eyes a flashback to a younger G.G., a big smile spreading across his face.

My grandmother pulled out a bunch of old papers for me one afternoon, including copies of my grandfather’s teaching awards and Tribune clippings, the same paper I started working for this year. I was taken aback to learn about these connections I never knew I had.

Throughout the rest of the semester, I learned things about my grandfather who I never knew, making me feel closer to him. Hamedani paused class one day to give a short speech about my grandfather and his achievements, and concluded with, “He had a good life. It was short, but he was content.”