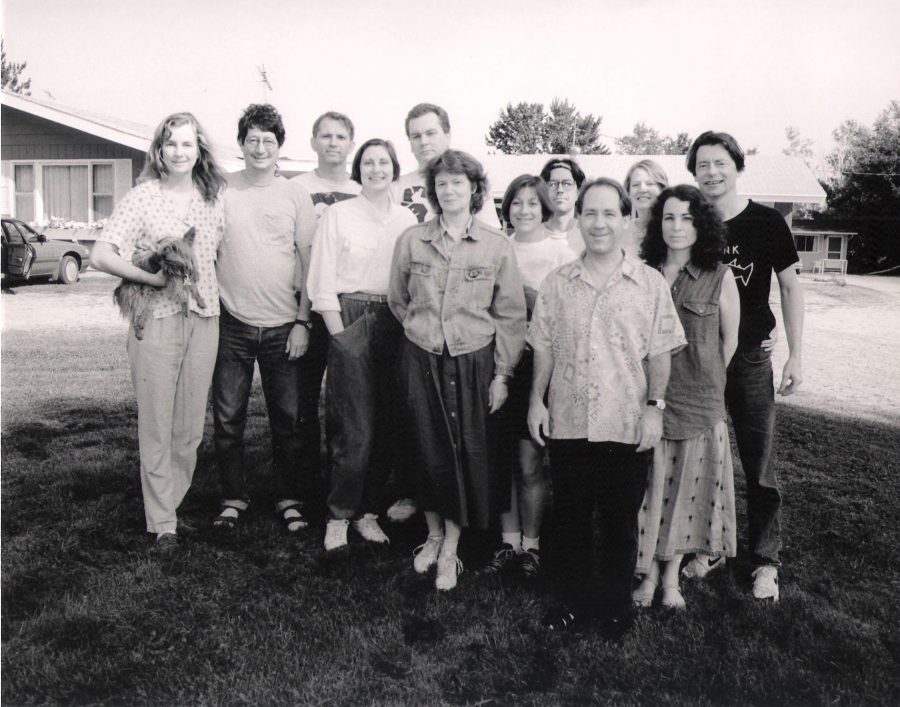 Schneider (center) and other members of Theatre X at the Potowatomi reservation when working on “Bode-wad-mi: Keepers of the Fire,” a play about the tribe’s history. The experimental theater group began in the 1970s, and Schneider played an instrumental role in writing and acting for 35 years.

Actor, playwright, journalist and professor John Schneider is a man of many talents. He was involved with Theatre X, an experimental theater company that started in the 1960s, where he wrote dozens of plays for the internationally recognized group until its closing in 2004. He is now an assistant Arts & Entertainment editor at the Shepherd Express, a Theatre Arts professor at Marquette and a coordinator for the Milwaukee Fringe Festival and numerous side projects, such as Project Non-Violence, which gives underprivileged inner-city teens the opportunity to learn playwriting and acting by creating their own plays and performing them in public.

Q. Because you do so many different things, how do you introduce yourself professionally? What do you say to people when they ask what you do?

A. Yeah … that’ s hard. I say that I’m a member of the Marquette Theatre faculty, I’m “permanent part-time,” they call me now, because I’ve been here so long and because I have six credits per semester. I am the assistant A&E editor for the Shepherd Express newspaper, which I’ve been doing for my eighth year. I say I have a summer theater program called Project Non-Violence that I’ve been doing for about as long as I’ve been teaching. Now I mention the Fringe Festival, and I don’t really say Theatre X unless somebody asks about my history, because it closed at the end of 2004 … it almost seems like a different lifetime … like a dream.

Q. You were with Theatre X for 35 years. What made the theater relevant for so long?

A. It began at the end of the 1960s, when the Vietnam war was so much in the forefront of everyone’s minds, when I faced the draft the instant I graduated college and the likelihood that I would be sent to fight in a war that I considered immoral and even criminal. Even civil rights and LGBT rights and women’s rights … all of these things were really important issues and theater wasn’t really addressing those things. 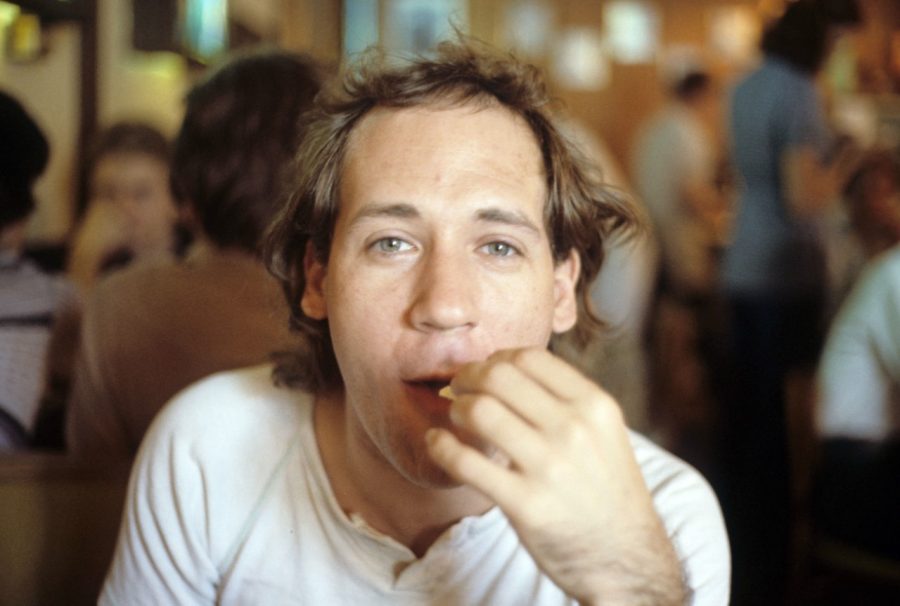 Gallery|5 Photos
John Schneider has an extensive history with Milwaukee theater, specifically Theatre X, an experimental group that put on shows in the 1970s. All photos courtesy of John Schneider.

Q. Do you think there’s a call for another theater like this today?

A. Yeah. I think everybody’s thinking really hard about this, and really hard about how theater can best contribute to all of these social justice issues and everything that needs to be done. I think we’ll see, in the very near future, more and more theater taking direct stands. In fact, the small theaters, the young theaters … the theaters in which the artists are okay right now with being baristas and waiters during the day and then devoting all the rest of their waking hours to their art, might be in the best position right now to go directly at that. That’s how Theatre X started.

A. What’s different is that we’re not going to be in the park across the river. It was beautiful, but it was very ambitious. The costs really nearly killed us at the end (of last year’s festival). It will be more concentrated … as a consequence of that, there won’t be as many performers as there were last year, but that’s also (so) that we can organize the timing a little better so that people will be able to see everything.

Q. I saw a video of it, an event recap. It was very scattered, but it had that sense of liveliness; there were tons of people there.

A. I’ve never gotten so many hugs and thank-yous in two days as I did in the course of that festival. What I loved about the indoor performances was that they were a combination of mature, experienced, brilliant Milwaukee artists who had been working in their fields for a long time and really were masters of their craft … and then college students, my Project Non-Violence high school kids, side-by-side with them, so you could see this mix of people who were just beginning and people who were all there. And everybody was so glad to be there together and inspired by each other.

The Fringe Festival will take place Aug. 26 & 27 in downtown Milwaukee.