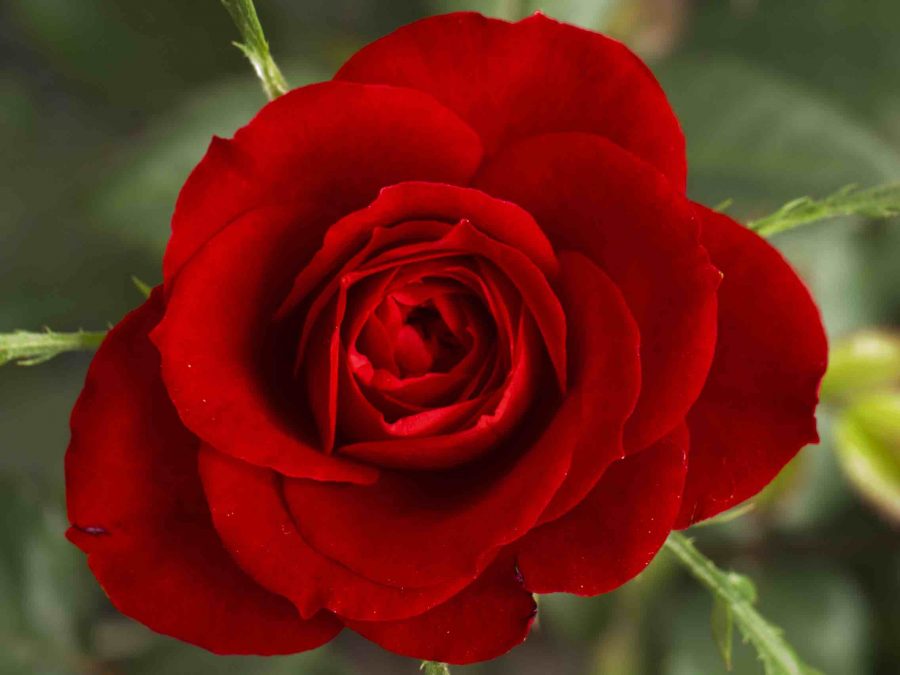 Reality television, with its endless supply of unbelievably ferocious pageant moms, preposterous gator hunters and malicious wedding enthusiasts, aims to captivate its viewership with an in-depth look at the characters around us and interesting lives they lead. But that reality can be distorted by producers behind the camera, networks looking for a rating boost or a reality star putting on an act that’s far from normal.

Marquette Law School alumna Rachel Lindsay is a part of this swirling cesspool of questionably authentic information as a contestant on ABC’s hit show, “The Bachelor.” Before she was officially eliminated from the show, she was announced as the star of the female-focused show, “The Bachelorette.”

Both shows are known for their sometimes outlandish portrayals of participants. For example, in an interview with TMZ, the mother of this season’s “villain” Corinne Olympios claimed “most of it is fake” and “it was all for TV.”

However, those who know Lindsay closely have conveyed a vastly different and extremely positive opinion about ABC’s portrait of the intelligent, strong-willed Texan.

“What she is on that show is exactly how she is in real life. There is nothing fake about her,” said Paul Anderson, a professor at Marquette’s Law School, and Lindsay’s personal friend. “I don’t know what those other people are like in real life, but that’s her. 100 percent that’s exactly the Rachel I know.”

Anderson said Lindsay made a definite impression from the moment she walked through the doors of the law school. A similar — but academically different — feeling she gave this season’s star, Nick Viall, in week one when he bestowed her with the coveted “first impression rose.”

“She made sure I knew her,” Anderson said. “She’s always smiling, always laughing, very comfortable. A lot of students are intimidated because it’s law school, but she never was.”

While her cheerful personality remains a constant, Anderson said that he’s seen Lindsay’s public speaking improve — a vital skill to have on live television.

“In law school she wasn’t that comfortable talking in front of a group,” Anderson said. “Obviously, she got past that.”

Besides a few exchanged emails about family updates and personal milestones, Lindsay has not been in regular contact with Anderson for about six years. But John Scully, a founding shareholder of Cooper & Scully Law firm in Dallas and Lindsay’s employer, confirmed what Anderson had to say about her.

“Rachel is fantastic in every sense of the word,” he said. “She’s a very talented person.”

Going further than words, the office’s acceptance of Rachel’s reality television ventures and flexibility regarding her career speaks volumes about her value to the firm, the community and her colleagues.

He revealed she’s been given time off for filming — and will again whenever she needs it — but the show really hasn’t affected her legal career at all.

Further, he spoke of “office view parties” held every Monday night to watch Lindsay battle other suitors for Nick’s affection, but he had no opinion about who Lindsay’s perfect suitor would be and dropped no hints regarding her perfect man besides saying that “anyone would be lucky to have her.”

The question for Lindsay moving forward will be how she handles the stress of being the Bachelorette. On “The Bachelor,” she was one of 25 women and the spotlight was only occasionally on her. But on “The Bachelorette” she will constantly be questioned about her decision-making, be forced to deal with online haters lacking sympathy and be emotionally and physically drained from many dates in exotic locations.

“I don’t know if stress bothers her in the way it bothers others,” Anderson said. “She went to law school and she’s been a practicing litigator for years. They know how to deal with stress better than most. I think she can handle it.”

While he believes in Lindsay, the aforementioned potential pitfalls give Anderson pause when he reaches for the remote on Monday nights.

“Sometimes, it’s hard to watch because she’s like another daughter to me,” he said. “At the same time, she’s a professional, mature woman and she hasn’t done anything to make herself embarrassing or make me feel embarrassed.”

“Embarrassing” is the last label that most people would apply to Lindsay. Instead, she has been a constant beacon of positive energy for the show. But, now, she will take on the difficult — yet rewarding — challenge of being the first African-American Bachelorette in the show’s history, a role Anderson considers her to be perfect for.

He also praises her character as a great representation of Marquette Law School and the university in general.

“It’ll bring some good attention if people see her, see how she acts, and realize, ‘wow, that’s how people at Marquette are,’” Anderson said.

As for hints regarding her perfect suitor, Anderson, similar to Scully, danced around the issue, but he did offer a few tips to the lucky fellows.

She hates Wisconsin weather, her father is District Judge Sam A. Lindsay so her suitors must be careful. She loves engaging conversation (an aspect that might be nice after watching a season of Nick struggle through even the most mundane exchanges), and this show could be a launching pad for Lindsay’s bigger ambitions, so hang on for the ride.

You can watch Lindsay on “The Bachelorette” starting May 22 on ABC.