Op-Ed: Intellectual diversity is most important diversity on college campuses 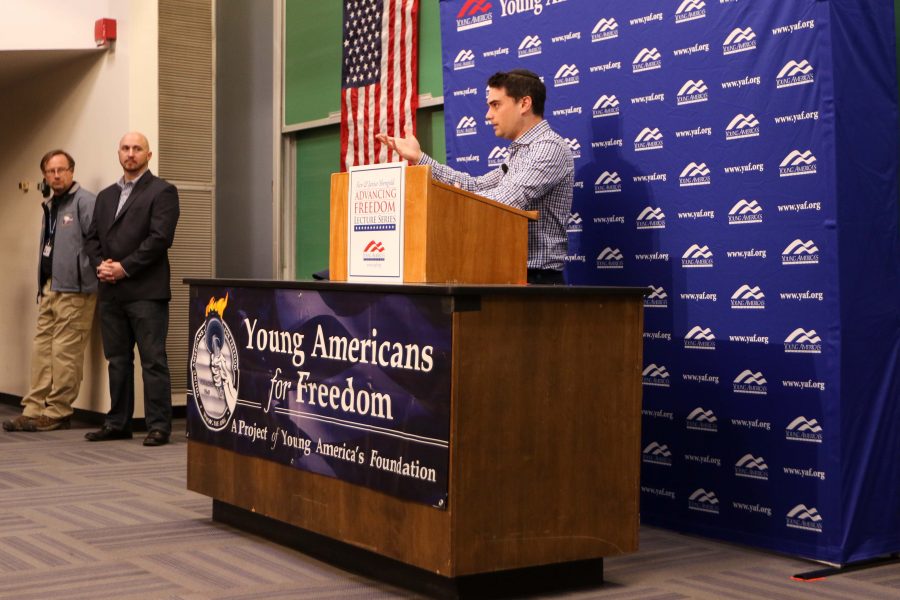 Allison Kazalski on behalf of Marquette University Young Americans for Freedom, Special to the Wire

Diversity is a characterization of a student body’s representation of a multitude of backgrounds. Ask any school admissions team and they will always say that they strive to create a more diverse campus with each accepted class. Contrary to popular assumptions, diversity extends far beyond race, religion, gender and sexuality. The most important diversity on a college campus is intellectual diversity.

Universities are built to be hubs of challenging and uncomfortable conversations. The essence of learning revolves around discourse that allows us to understand all angles of an argument. It has come to be the norm on campuses that liberal professors and students make their presence known by being the loudest and most celebrated voices, while the conservative students are shamed into conformity and silence so that they are not ostracized or considered unintelligent.

Conservative students are well aware of their unpopular views, but they live in a frustrating dichotomy of campus politics. On one hand, they benefit by being in a silent minority because they learn one argument in the classroom and educate themselves on conservative views in their free time. On the other hand, liberal students are caught in the echo chamber of leftist ideologies that tends to create a more polarized political campus in an already polarized political nation. How are liberal students supposed to learn about the conservative arguments, to which they already assume they disagree, if it is not even discussed in a college classroom?

Organizations like Young Americans for Freedom are on campus to benefit both sides of the ideology spectrum. Conservatives come together at YAF to promote their values on campus and advance free speech. Before you decide to silence a conservative group like YAF, consider that liberal students can also benefit from a YAF presence on campus. Education through just one opinion is not an education. YAF brings conservative guest speakers to campus, like Ben Shapiro, in order to shake up the intellectual status quo on a college campus in the hopes of broadening the dialogue that was exclusively for the campus leftists, which is a benefit to the left and right alike.

The Ben Shapiro event was riddled with controversy due to an administrator’s desire to take away seats from students who wish to hear conservative arguments. This school administrator did not trust the emotional intelligence of Marquette students to behave themselves at an event where they disagree with the lecturer. The irony: the students handled themselves better than some of the administration. Marquette students should be insulted that the school did not trust the student body to handle a “controversial” speaker without protests or riots. As students who attend a nationally ranked university and as future leaders of this country, we should be treated as the mature adults that we are instead of coddled away from a view with which we may disagree.

So who benefits when a conservative speaker comes to campus? Everybody. Conservatives gain confidence that they are not alone in their stances despite constantly feeling like the black sheep on campus. Liberal students have the opportunity to learn about a side of an argument that they do not usually get to hear within the echo chamber of a leftist college classroom. Ben Shapiro’s visit to campus last week went off without a hitch, thanks to YAF and the respect of the student body. The event was extremely well-attended by students from across the political spectrum.

Let this send a message to Marquette and to liberal universities across the nation: Being a conservative is not a controversy, and when you bring a conservative to speak on college campuses, the student body deserves the opportunity to attend. As a student body, we must set our own expectations to respect speakers because we are more than capable of handling ourselves. If students cannot behave themselves while a conservative is on campus, then there is a bigger problem that stems deeper into the school’s core.

Allison Kazalski is a sophomore at Marquette University writing on behalf of Young Americans for Freedom.

She can be reached at allison.kazalski@marquette.edu