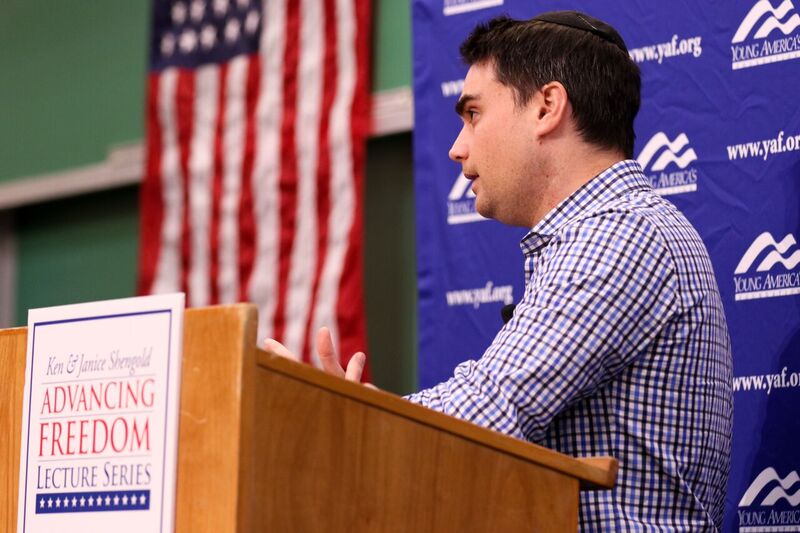 Ben Shapiro, a controversial speaker, spoke on Marquette's campus the evening of Feb. 8 to a sold out crowd.

Nationally recognized conservative political writer and commentator Ben Shapiro spoke on Marquette’s campus the night of Feb. 8. The event, held in Wehr Chemistry 100, was hosted by the Marquette chapter of the Young Americans for Freedom organization.

Shapiro delivered a 30-minute speech to a sold-out crowd, with students from both sides of the political aisle in attendance. The speech was followed by almost an hour and a half of questions.

Shapiro said his message was straightforward. “From all the talk about victimhood on college campuses, if you live in the U.S., society is not victimizing you,” he said. “If you live in the freest and most prosperous country in human history, you don’t really get to complain.”

There was some backlash to the announcement that Shapiro would be speaking, including a Marquette staff member, Chrissy Nelson, program assistant at the Center for Gender and Sexualities Studies, posted on Facebook how she was going to attempt to block the event.

Shapiro answered questions about a variety of topics, including President Donald Trump, the Dakota Access Pipeline, the Women’s March and new Secretary of Education Betsy DeVos.

Ben Pettee, a sophomore in the College of Arts & Sciences, pressed Shapiro on his thoughts about universal healthcare. Shapiro ultimately stated his support for free market healthcare.

Pettee, who identifies as a liberal, was one of many in attendance who were seeking to understand Shapiro’s reasoning. “At the end of it, I just fundamentally disagreed with what he was saying,” Pettee said. “He didn’t change my mind.”

Still, Pettee said he saw the value in attending. “It’s critical for democracy to try and understand both sides of the argument,” he said. “I think, especially now, it’s really important to create dialogue and listen to what people have to say.”

Shapiro echoed this sentiment earlier in the talk. “Facebook’s algorithms push you towards news you already like, and that means you now think that anyone who doesn’t agree with your worldview is an idiot,” he said. “We all need to get out of our bubble a little bit more.”

Shapiro did not shy away from controversy, citing an infamous appearance on CNN Headline News with Zoey Tur, a transgender broadcaster.

“He’s a firecracker,” said Bryce Dively, a YAF member and sophomore in the College of Business Administration. “We knew that he was going to be making comments like this.”

Shapiro was quick to oblige handshakes and photos with members of the crowd. Ryan Thomas, a junior in the College of Arts & Sciences, said he believes Shapiro “does a good job of representing millennial conservatives.”

Most of Shapiro’s statements were followed with laughter and applause, and he had no issue poking fun at people on all parts of the political spectrum. He mocked leaders on both sides of the aisle, to the delight of those in attendance.

“We were pretty happy to exceed expectations with the turnout,” Dively said. “For events like this, a lot of people reserve seats and don’t come. We were happy to not have much of that.”