Marquette comes up short against No. 22/21 Butler 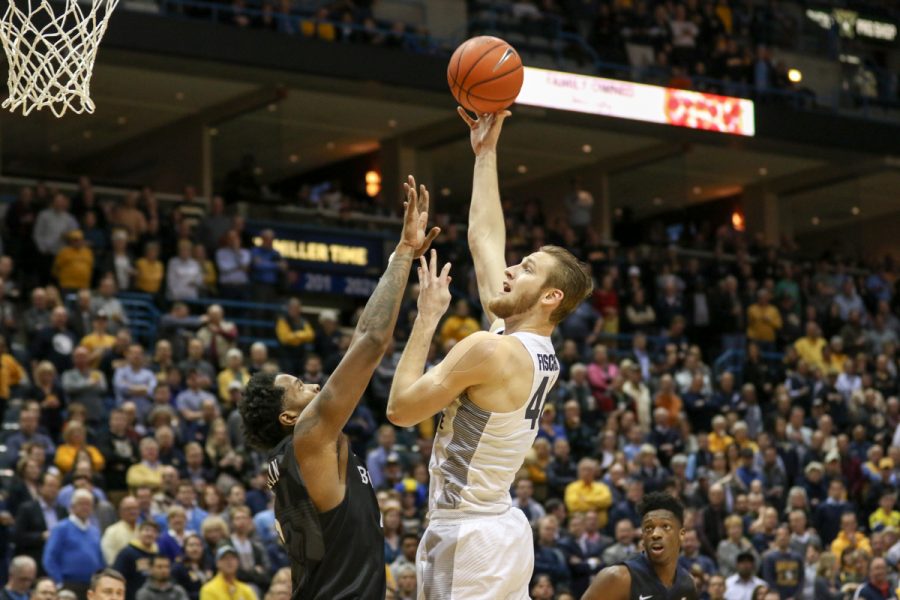 It’s been the case all season for Marquette men’s basketball that when one player struggles, somebody else steps up. Unfortunately for head coach Steve Wojciechowski, Luke Fischer was the only player playing at his peak in the 68-65 loss to No. 22/21 Butler.

With the numerous offensive weapons the team boasts, Marquette hadn’t dealt with three or four players struggling as much as they did Tuesday night. Andrew Rowsey, Jajuan Johnson and Haanif Cheatham shot a combined 3-for-15 for just seven points, leading Marquette to a season low 65-point output.

What do you do when three players who average a combined 33.8 points per game come up with just seven points?

“It hasn’t happened often, if at all,” Wojciechowski said. “I think we have six guys averaging double figures, so we haven’t been in a situation where you look at the box score and we’ve got two guys in double figures. That’s unusual for us.”

The most surprising part of the trio’s struggle was Andrew Rowsey’s zero points. The redshirt junior has scored more than 20 points in his last three games, but Butler defended him tightly.

“We just tried to be where he’s at and give him no clean looks,” Bulldog head coach Chris Holtmann said. “He got a couple that he’ll probably normally make that he missed but I thought we challenged the bulk of them. I thought Tyler Lewis had a great challenge late in the first half on him. He’s so good you’ve got to be so disciplined.”

Butler used disciplined defense to hold Marquette to its lowest point total of conference play, negating the Golden Eagles’ improved defensive play in the second half.

Though Marquette held the Bulldogs to just 28 points in the final 20, their defense in the first half was its standard — poor. For the fourth time in five games, the Golden Eagles allowed their opponent to shoot over 50 percent in the first half.

The standout on defense was once again Luke Fischer, whose defensive play was fairly scrutinized after the most recent meeting between these two teams. The senior followed up an astonishing seven-block performance with four more swats, his third highest mark of the season.

After his six-block afternoon in Omaha, Fischer said offense comes easy when he’s playing well defensively, which proved to be true tonight. He posted 19 points, 13 rebounds and two assists in addition to the four blocks.

Fischer was put in a tough position down the stretch when Butler went small with 6-foot-7 Andrew Chrabascz at center. The versatile senior used his inside-out game to score every Bulldog point during an 8-3 run to push Butler’s lead to eight with 33 seconds to play.

He finished with 21 points, five rebounds and four assists in the win.

Though so many things went wrong for the Golden Eagles, they had a chance to win, making this game a missed opportunity to stay away from the bubble.

Now 1-3 in their last four, Marquette has a pair of tricky contests coming up with a road game against a dangerous Georgetown team and a home date with No. 24 Xavier.

The Golden Eagles face a difficult task in maintaining their status as a tournament team. Marquette (15-9, 6-6) will face three top-30 KenPom teams, and none outside the KenPom top 100 in its final six games of the regular season.