A capella groups show off at ICCA 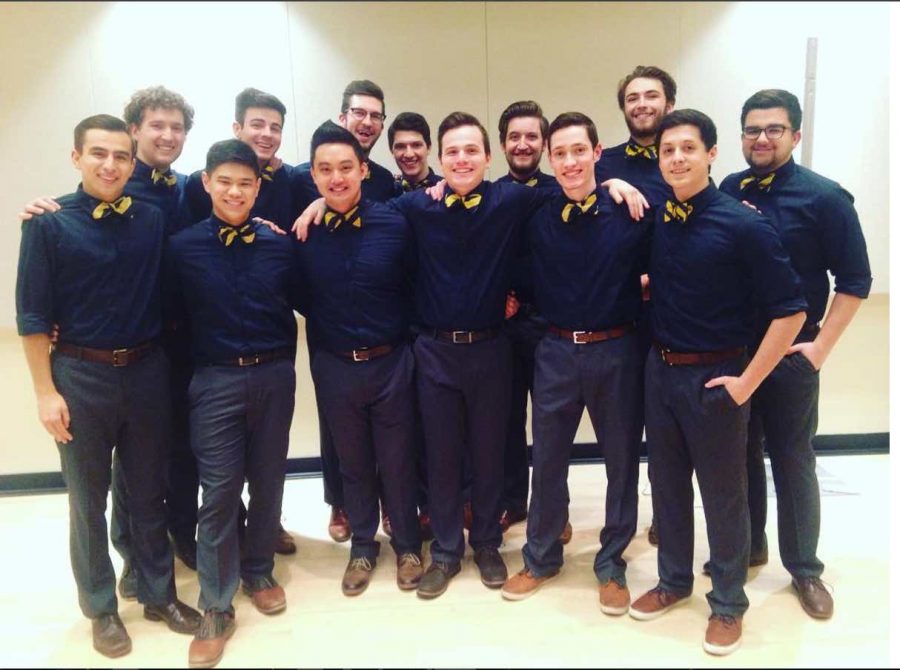 The Naturals performed at the ICCA tournament Feb. 4th. Photo via instagram.com/munaturals/

Winning isn’t everything for two of Marquette’s a capella groups, as proved at their performance in Madison this past Saturday.

The Meladies and The Naturals competed in the International Championship of Collegiate A Capella (ICCA) Feb 4th. They may not have won this year — though they have in the past — but there are more important things to do than bring home awards.

“We do our best to reach out and make friends at these competitions and spend time with other a cappella groups because we can all learn from each other,” Dan Ostrander, a junior in the College of Engineering and choreographer for The Naturals, said.

Ryan Serfas, a sophomore in the College of Engineering and second year member of The Naturals, the all-male a cappella group, reflected on his experience at the ICCA regional quarterfinals.

“We didn’t place this year, but I don’t think we did bad,” Serfas said. “Everyone who won deserved it. It was just an honor to sing with other talented people and be inspired by the competition.”

Natalie Clerkin, a junior in the College of Health Sciences and president of The Meladies, the all-female a cappella group, is proud of their hard work, despite the lack of awards to show for it. She was thankful for the opportunity to meet other talented groups and prove how fierce they can be.

“I am thrilled to say that we are excited to come back in the future, more ready than ever,” Clerkin said.

ICCA is bigger than a concert at the Varsity Theatre, so the rehearsal process for the competition differs from preparations for a performance on campus.

Troy Lenz, a senior in the College of Health Sciences, is president of The Naturals. He says rehearsals for ICAA start off pretty much the same as any normal practice,

but amp up about two weeks before the event.

“All the groups have put countless hours into perfecting a twelve-minute set, and it all comes down to that one performance,”Lenz said. “That’s a lot of pressure, but I think that it brings out the best in everyone.”

Ostrander explained that the choreography this year was split between three members, in an attempt to create visual unity between all the members on stage.

“I think it worked much better, including more group movements and staging that showed off our ability to move as a group,” Ostrander said.

Ostrander has been in The Naturals since his freshman year, when the group went on to semi-finals. Even with that accomplishment, he said he feels this year has been the best one for the ensemble so far. He explained that they have gotten more serious about being competitive which makes ICCA all the more inspiring.

“Yes, it’s a competition. But all the groups are constantly bringing each other up and complimenting each other’s sets and sound,” Lenz said.

Overall, success wasn’t the name of the game — learning was.

“We do our best to reach out and make friends at these competitions and spend time with other a cappella groups because we can all learn from each other,” Ostrander said.