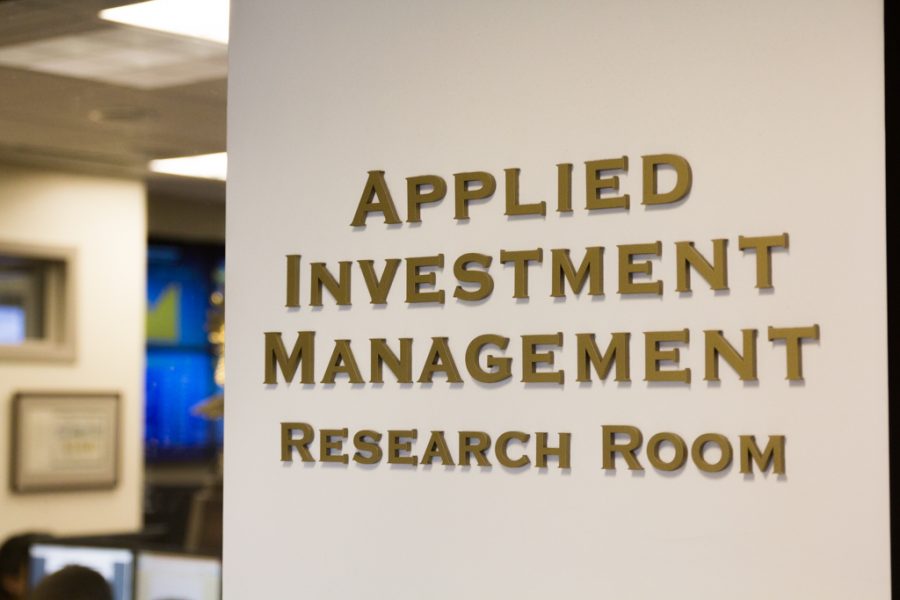 The program, BizCafe, allows groups of students to compete against each other to create the most profitable coffee shop. Groups are forced to make realistic business decisions such as how to market, price and supply the coffee. The simulator ranks the teams based on the decisions they make each week.

Kevin Walsh, a business professor and instructor of Business Day 1, said each team’s decisions impact the other teams.

“If one team decides to lower the price of their coffee, that may pull customers away from the other teams towards the group with the lower price,” Walsh said. “If a group does a better job at advertising or has better customer service, that may also attract customers.”

Walsh said having high customer service ratings is a key for teams to move up the rankings. Hunter DeVoy, a freshman in the College of Business Administration, took the course last semester and acted as her team’s CEO. She said they struggled initially with customer feedback scores.

“The program showed us customer surveys and we had a lot of complaints,” DeVoy said. “The lines were really long and it took too long to get coffee out to the customers.”

In response to the customer feedback, the team looked at what higher ranked teams were doing.

“That was the point where we decided to change our game plan,” she said. “We noticed that the teams above us had a lot more servers so we hired 14 new employees for the shop. That really helped our ranking.”

“They can take concepts they learn in class and apply them to the simulation,” Browne said. “Experiential learning is learning by doing, so we wanted students to experience how companies really make money and see how challenging it can be to run a business.”

Communication is another key component of success in the program. If one member decides to lower the price of coffee, all members of the team should be informed of the decision.

“If the human relations person doesn’t know the group is planning on lowering the coffee’s price and starts firing employees, you’re going to have a highly dissatisfied customer base,” Walsh said. “They’re going to come looking for the lowered priced coffee that’s been advertised and there’s not going to be enough people to serve and take care of those customers.”

Walsh said the simulation was introduced based on feedback the business administration received from the job market.

“We found that companies think it’s important that students, when they graduate, have a really good sense of how companies make money,” he said.

Rohan Washikar, a freshman in the College of Business Administration, also took the course last semester. He said most students in class enjoyed the simulation because of the competition.

“The simulation really helps build that competitive spirit and drive to win that a lot of businesses rely on,” Washikar said. “You have to treat the simulation as if it were a real business because if you treat it as a game, you’re not going to win.”