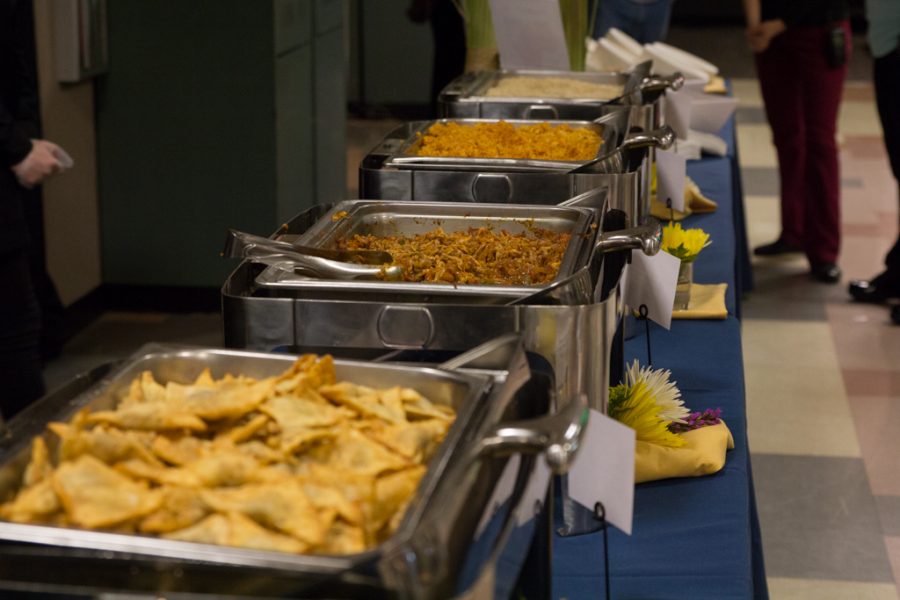 Lively music and voices, accompanied with smells of delicious food decorated the AMU the evening of Jan 29. Taste of Africa, an annual event hosted by the African Students Association, was in full swing.

Many students were drawn to the scene. They came to sample the food and the atmosphere, but Corrine Conway, ASA secretary and sophomore in the College of Arts and Sciences, hoped that participants learned something, too.

Association,” Conway said. “And that we just want to embrace everybody and teach about African culture as a whole, and we will always be here to educate and embrace all of Marquette’s population.”

The event was free to students, who sampled dishes primarily from West African culture.

While most of the organization is made up of members of African descent, Conway says the door is open to anyone who is interested in learning more about African culture.

Other ASA events include an Afrobeats party, held earlier this month, and the upcoming Mr. or Ms. Africa Scholarship Pageant.

Though music and trivia games were incorporated into Taste of Africa, student reactions made it clear that the unique food was the highlight.

Clare McCullough, a sophomore in the College of Arts and Sciences, went to Taste of Africa last year. She loved the plantains, among other aspects of the event.

“There’s always music and people are really upbeat and inclusive,” McCullough said. “It’s one of my favorite Marquette events.”

Antonio Beasley, a sophomore in the College of Communication, attended Taste and said he felt it was a good learning opportunity for students.

“It’s an amazing event. They brought out some really good food and I think it’s a chance for people to learn a lot more about Africa and different cultures,” Beasley said. “I really love the music that they play while everyone’s eating because it’s different from the normal music that you hear on the radio or that you listen to everyday.”

Beasley also went to the Afrobeats party and plans to attend the pageant in April.

“We definitely hope it can raise awareness for African heritage here at Marquette and embracing diversity, and also giving people a way to learn more,” Conway said. “We know that people tend not to know very much about Africa just because of how our educational curriculum goes still, so it’s really nice to have an opportunity to hear about Africa from people that are from there and people their age.”