Milwaukee, will you accept this rose?

'Bachelor' Nation grows on campus due to local ties 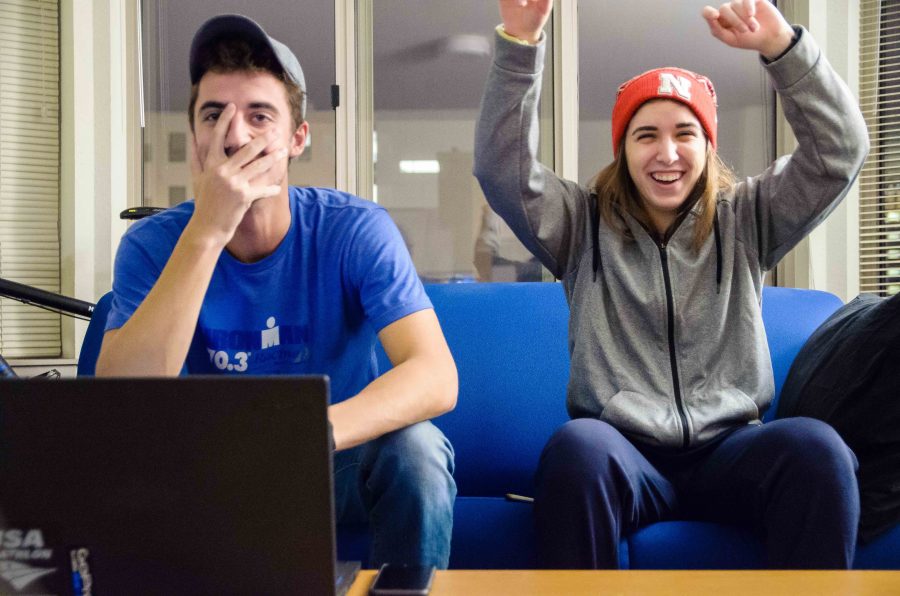 Steve Lewandowski, a sophomore in the College of Engineering, and Lou Hasebroock, a freshman in the College of Education, watch the latest episode of "The Bachelor," which aired Monday. Watch parties for the show take place across campus on a weekly basis.

It isn’t quite the norm when a Marquette Law School graduate and a Waukesha native become public figures on a popular show, but when it does, it usually involves lots of roses.

“The Bachelor,” despite some controversy, invites viewers to surround themselves with their closest friends to discuss the drama Nick Viall will bring to the new season.

Watchers can keep an eye out for the Marquette graduate as a contestant as well as the rose-giver who is from Wisconsin.

A true contender from the beginning of the season has been Rachel Lindsay, a Marquette graduate. Being the first ever African American to get the first impression rose and receiving a group date rose only a few episodes afterwards has made her memorable.

Rachel, an alumna of Marquette University Law School, previously worked as an intern for the Milwaukee Bucks and is now an attorney in Dallas, Texas.

Marquette students watching were excited to have such a close connection to a contestant this season, but questioned her decision to pursue the show.

Mary Sizemore, a junior in the College of Engineering, said she liked the connection that hit close to home. “I feel (conflicted and excited), but if she wants to do that, she can do it. What really mattered is that Nick said ‘Marquette’ on live (television) and it was really great,” she said.

Rachel is not the only close tie to Wisconsin this season. Nick himself is from Waukesha and graduated from University of Wisconsin-Milwaukee.

On the Jan. 23 episode, Nick and the contestants traveled to Waukesha. One lucky girl, Raven Gates, got to spend the day with Nick and had the opportunity to meet his parents and attend his younger sister’s soccer game. After the game, the two ate dinner in, and rollerbladed through, the Milwaukee Art Museum.

Rachel Bandy, a sophomore in the College of Arts & Sciences, found these Wisconsin scenes especially entertaining.

“It’s interesting to see such a presence of Milwaukee in the show,” Bandy said.

From weekly viewing parties to “Bachelor” brackets,  students are taking part in activities related to the show. Some might even say that the “Bachelor Nation” on campus is stronger than ever.

Sizemore started hosting viewing parties at her apartment this season.

“I send out a big text to my friend group and the (boys) all say they’re never going to come, but I tell them I have (chips and) dip, so they show up. Now they come every week. They’re hooked,” she said.

Bandy also watches the show with her friends in her room in Schroeder Hall. She believes “The Bachelor” is a show that needs commentary from friends.

While some Marquette students love Monday nights solely for “The Bachelor,” not everyone is on board with the choices the network ABC has made in the past.

Carly Ogletree, a sophomore in the College of Arts & Sciences, has trouble getting on board with the idea of “The Bachelor.”

“It commercializes human connection. They go on the show to find love … just to get their hearts broken. It creates unrealistic relationship expectations,” she said.

The show has been critically bashed several times for many reasons. After 30 seasons of the two series, “The Bachelor” and “The Bachelorette,” only seven couples are still together, according to People.

It has also seen backlash from several groups of people of color and the LGBTQ+ community because there has only ever been one person who has not been white as the bachelor or bachelorette and there have only ever been straight couples.

Although the show experienced a lot of hate, it doesn’t look like it’s going to end any time soon based on positive reactions from students.

Some, like Bandy, have high hopes for themselves in the future as the next Marquette student-turned-contestant.

“I really think I could go on the show and win. I think (I’d) know what to say at this point and just build up their ego the entire time,” she said.