Lucky to Win a Game 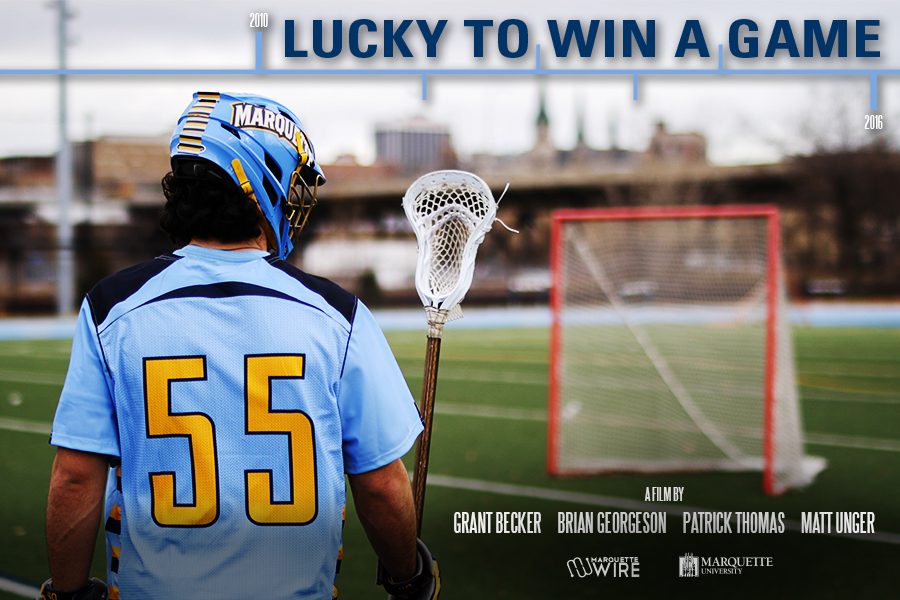 In just four seasons, Marquette men’s lacrosse went from being the first Division I program in the state of Wisconsin to hosting an NCAA tournament game.

The athletic department announced the addition of the sport in 2010 with a goal of adding a spring-time spectator sport. Spearheaded by Marquette deputy athletic director Mike Broeker and Danielle Josetti, Marquette’s associate athletic director, the department searched for a head coach willing to take on the challenge of bringing lacrosse to Milwaukee, Wisconsin.

Marquette hired Long Island born native Joe Amplo, an assistant coach at Hofstra University. The new coach found under recruited players, some of whom were considering giving up lacrosse after high school or only had offers from Division III programs, from schools across the East coast.

In their first season, Marquette didn’t play a single game, they just practiced. The first wave of players would build a bond the first year that would carry on until their senior season.

After starting the program off with a few losing seasons, Amplo’s underdogs strung together seven straight victories to start 2015 and cracked national rankings. What followed in 2016 was a BIG EAST tournament run that led them to a matchup with the defending national champion in Denver, and a chance to put Milwaukee on the map as a lacrosse city.

“Lucky to Win a Game” is their story.