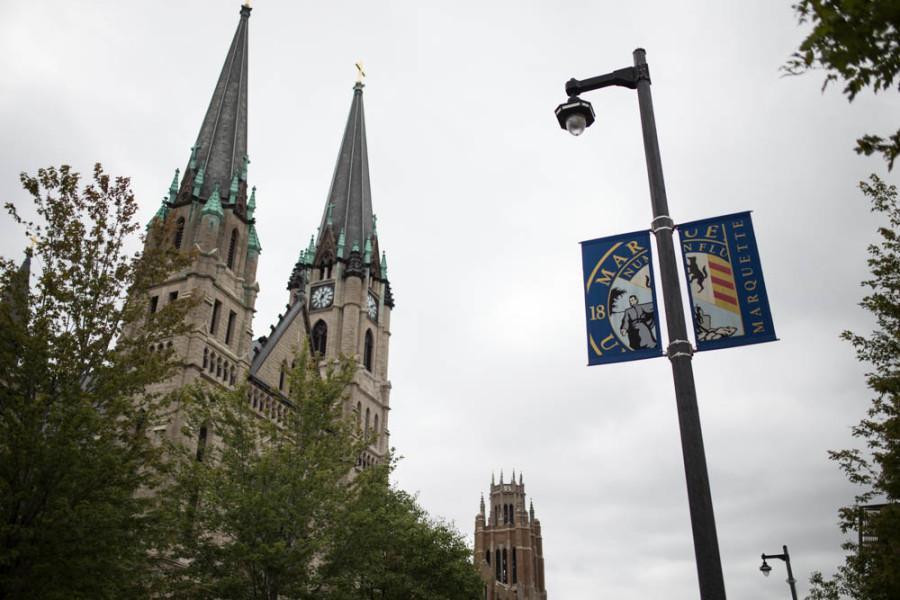 Marquette saw a major drop in enrollment to the College of Education in fall 2014, and it has been gradually decreasing since.

The university is currently working on ways to recruit new education majors to fill these future positions through media campaigns to alleviate negative perceptions about teachers. Despite these efforts, the College of Education enrolled 36 freshmen this year, down from 88 students in 2012.

“This isn’t just a dip in enrollment but a downward trend if nothing is done soon,” said Kirsten Lathrop, director of field placements and licensure at Marquette and former Milwaukee Public School educator for 18 years, said about the fall 2016 enrollment numbers.

“This is an issue that has school superintendents and principles deeply concerned,” William Henk, dean of the College of Education, said.

According to research by the Public Policy Forum, “Help Wanted: An Analysis of the Public School Teacher Pipeline in Greater Milwaukee,” enrollments in Wisconsin teacher preparation programs are down 27.9 percent. Nationwide, enrollments are down 35.3 percent. 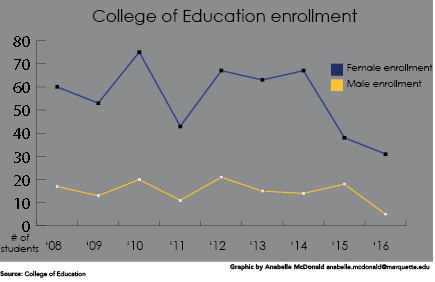 Teachers are in a better economic situation, especially Milwaukee Public Schools, and are competing with other schools to rapidly hire qualified candidates. Yet, they aren’t enough teachers to fill every position available.

“Teaching in an urban environment is heroic work,” Henk said. “It can drain you physically from working with these kids that have acute learning needs.”

There are different theories as to this nationwide decrease in qualified teaching professionals. One argument is that students are advised to steer away from a career in education by their parents, peers or even current teachers in the field.

Another idea is that teachers are leaving the field faster than others can be trained to fill those empty positions.

“More than a quarter of the teaching workforce in Metro Milwaukee is over age 50; as this group ages, departures are likely to become more numerous,” according to the same analysis from the Public Policy Forum.

Henk said when the 2008 economic recession hit, many teachers were ready for retirement.

“In about five or six years the economy recovered and they’re ready to retire,” Henk said. “There’s going to be an exodus from the profession that’s unprecedented. The likes of which American education has never seen.”

Aside from retirement, many teachers leave for money or family obligations.

“Students didn’t initially go into teaching (at Marquette) because of salary and parental influence,” Tina McNamara, assistant dean for undergraduate advising and student services, said. “It’s really hard work, you really need to have this affinity to work with children.”

“I think that definitely in the media there is a shift in people’s perception of teaching as a profession,” Lathrop said.

Another concept is working to establish future teacher organizations in local high schools.

“Teaching is a really hard job and it can take a toll on you as a professional,” Henk said. “There’s challenges that go along with having the responsibility of helping to form students into the best versions of themselves they can be.”