‘Gilmore Girls: A Year in the Life’ refuses to sugarcoat 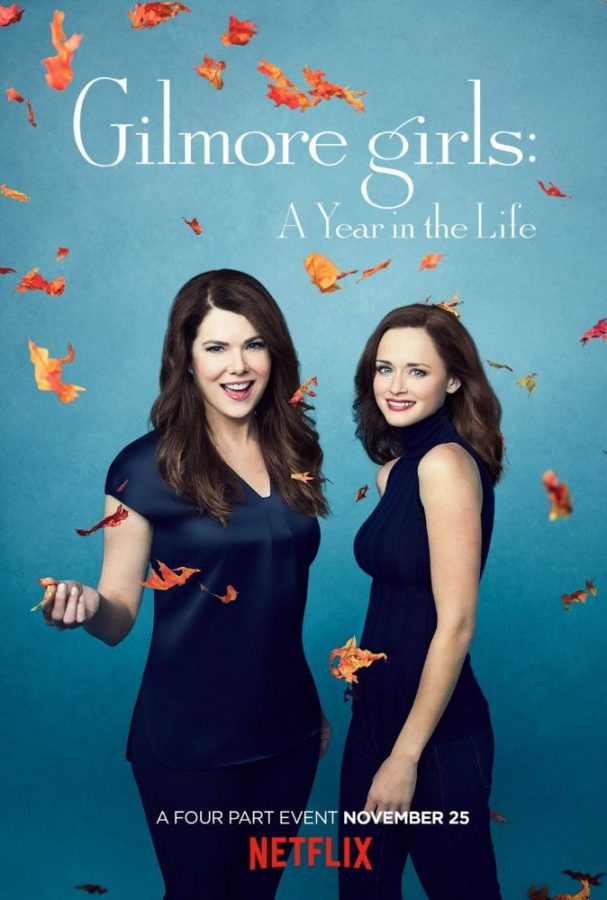 When Netflix announced a revival of the cult classic “Gilmore Girls” after nearly ten years of enduring silence on the subject of the infamous last four words from creator and executive producer Amy Sherman-Palladino, loyal fans looked forward to a sense of closure.

Personally, I looked forward to finding out the answer to the age-old question of which man Rory would end up with. The last four words always made me curious, but more than anything I wanted to see my favorite mother-daughter duo happy. In 2007, all we got was Rory going off to be a journalist embedded on the Obama campaign trail and Lorelai and Luke sharing a kiss. No proposals, weddings or real indicators of enduring happily ever after for the citizens of Stars Hollow.

Each episode, set in a different season throughout the year, is packed with real-life emotions. Rory, the 30-something journalist who used to plan every moment of every day is now single, technically homeless and struggling to find any steady work in her field.

Lorelai and Luke have been together for nearly a decade, but are feeling the strain of compromise that comes with a lifelong partnership. Emily is mourning the loss of her husband of 50 years. We see the same tension between Emily and Lorelai that we watched grow and decline in a constant cycle over seven seasons, but this time in the wake of Richard’s death.

The audience gets to see Rory run into each of her past loves — Dean, Jess and Logan — and hope she gets a happy ending until the end of the final episode “Fall.”

The revival had its highs and lows, but ultimately I was left with more questions than answers and felt disappointed. The show kept to its relatable nature. There is loss, confusion, anxiety and relationship turmoil. But there is also incredible joy and growth that comes from each plot twist. True to the nature of the original series, there is no happily ever after — it doesn’t happen in real life and it definitely does not happen in Stars Hollow.

I wasn’t so much disappointed by the outcome of the revival, as I was by the change in Rory’s character. Life changes a lot after you graduate from college, but to see a once driven and ambitious young woman graduate from Yale and get a job writing for a magazine on the Obama campaign fall so low as to just bounce from couch to couch with no steady job or serious relationships at 30-something is disheartening. Sure it happens. We all hit a bad luck streak from time to time, but I find it hard to believe that Rory could not find a solid job with a magazine or online publication with her work experience.

Her career path is confusing enough, then we see how her love life has changed. Throughout the seven seasons of “Gilmore Girls,” Rory only seriously dated three or four men. Fast forward 10 years and one of the exes, Logan, is engaged, but having an affair with Rory. She stays with him while he works in London and we see her awkwardly ask about his fiancee and struggle to maintain boundaries in a relationship that reflects a more young and naive Rory, a la her second time dating Dean as he is going through a divorce at 20 years old.

I had hoped at the beginning that we would see both of the Gilmore girls moving forward and growing. At the very least, it would have been nice to see Rory end up happy with Jess, who is clearly still in love with her. He is inspired by her and her story and uses that energy to give her a nudge in the right direction.

I will say this: Rory’s character development got back on track by the “Summer” episode and although we don’t get to see her romantic happily ever after, it was a sentimental and beautiful moment when Lorelai gave her blessing for Rory to write their life story and publish it.

The strongest plot line by far was Emily’s life after Richard’s death. Through a period of mourning and stressful transition, we get to see her find a new purpose in life. After 50 years of doing everything for Richard, Emily starts to live life for herself and find a happy ending in a new home with stronger relationships and a greater appreciation for the people in her life. Gone are the days of firing her maids on their first day and disowning Lorelai four times a season. She moves to Nantucket, gets a job at a museum and lives with her maid and her maid’s family.

The most conflicting moment out of the six hours of “Gilmore Girls: A Year in the Life” was the long awaited and anxiously anticipated last four words. Lorelai sits with Rory in the gazebo and they talk excitedly about her wedding day with Luke.

In this last moment of the show, Rory tells her mother she is pregnant. It is both frustrating and exciting. We see Rory and Lorelai come almost full circle from where they started, but the final moment left the audience with more questions and concerns than the rest of the series. Who is the father? What will Rory do next? Will there be a spin off or is this really how “Gilmore Girls” goes down in history?

It may not have been everything that fans dreamed of, but “Gilmore Girls: A Year in the Life” left the audience with strong, sentimental moments to relieve the stress from the biggest cliffhanger yet. The best that fans can hope for now is one last glimpse into the world of Stars Hollow and the Gilmores.