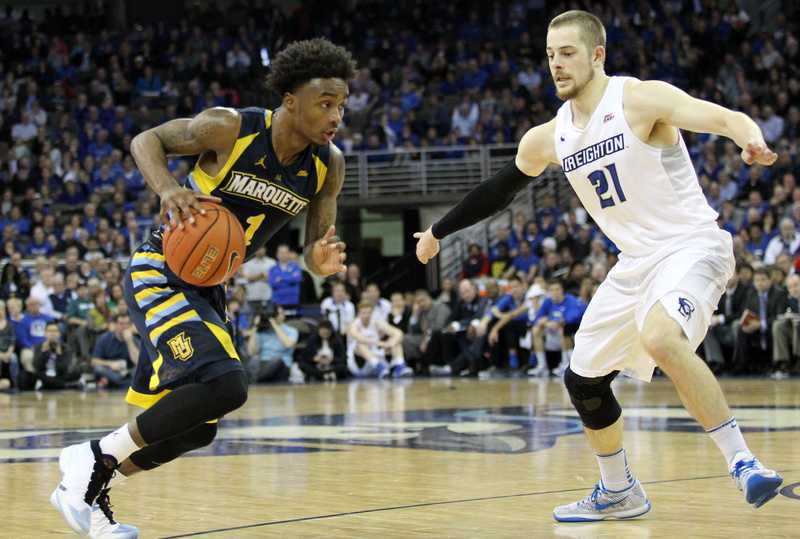 Creighton is ranked 10th in the latest AP Poll.

A seismic shift occurred in the college basketball world four years ago. The BIG EAST, like many other conferences at the time, experienced conference realignment, a term that your grandfather would have scratched his head at. FBS football had taken the lead in terms of profitability, and schools were taking note.

In the blink of an eye, the old BIG EAST had fallen apart.

At this point, it is fair to say that the new BIG EAST is no mid-major. The conference’s blazing hot start in 2016-’17 non-conference play has only reaffirmed this notion.

For Villanova, it has been business as usual. Head coach Jay Wright has a bevy of talent at his disposal and he continues to push all the right buttons. The Wildcats are No. 2 in the AP Poll with a 6-0 record. This includes a true road-win over No. 15 Purdue and an impressive blowout victory on a neutral court against Wake Forest.

The Creighton Bluejays have also been impressive thus far, taking down then-No. 8 Wisconsin and North Carolina State, who had made the NCAA Tournament four years in a row before last season. Head coach Greg McDermott has put together one of the best backcourts in the country. Senior Maurice Watson Jr. is averaging 8.5 assists in six games while junior Marcus Foster is averaging 17.7 points per game.

Butler rounds out the remaining undefeated teams in the BIG EAST Conference and is the most surprising of the group. Despite losing shooting guard Kellen Dunham and do-it-all point forward Roosevelt Jones to graduation, the Bulldogs are 7-0 and No. 18. Their resume includes victories over then-No. 8 Arizona, Utah, who is ranked 49th in KenPom, Northwestern and Vanderbilt.

Even Providence has surpassed expectations so far. Although the Friars are 4-2, their two losses came at Ohio State ranked 21st in KenPom and to Virginia on a neutral-court, who is ranked 2nd by KenPom rankings. This comes after head coach Ed Cooley lost 2015-’16 BIG EAST Player of the Year Kris Dunn and 2015-’16 BIG EAST scoring leader Ben Bentil. Despite losing their best two players, the Friars have defeated Memphis and Vermont, both top-100 KenPom teams.

Overall, the BIG EAST has registered a 44-15 record, good for a .746 winning percentage through three weeks. Four teams remain undefeated and are in the top 25 in the AP Poll. Nine of the 10 teams in the conference are top 100 teams according to KenPom. If conference realignment was supposed to hurt the BIG EAST, it certainly isn’t showing in 2016-’17.