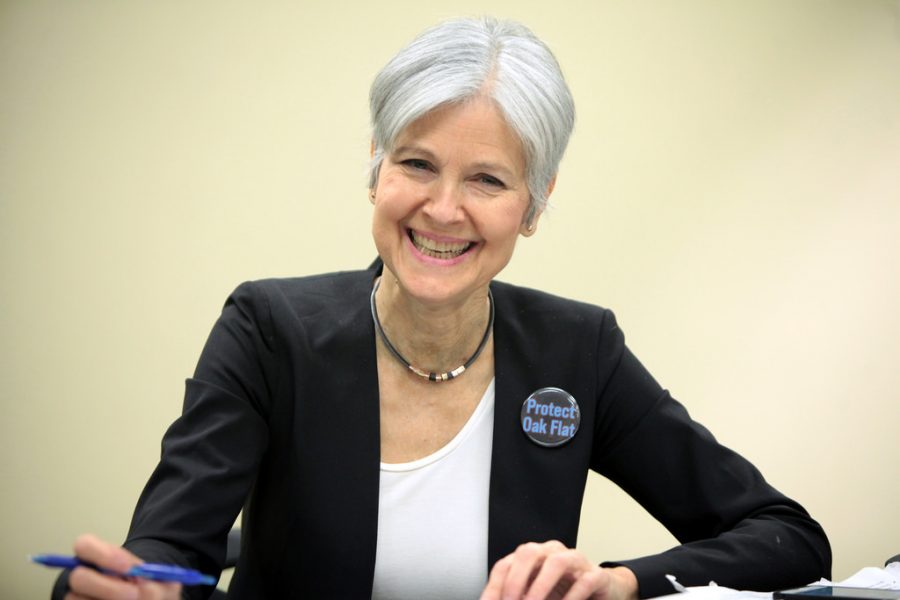 Jill Stein's request for votes to be recounted by hand was denied.

The Wisconsin Elections Commission proposed a timeline for a recount of election ballots at a meeting Monday but is now being sued by the Green Party’s Jill Stein after refusing to hand count votes.

Stein has led the recount effort, with Hillary Clinton’s campaign expressing support for recounts. If the commission receives payment from the parties requesting a recount, the recount could begin Thursday. However, they denied a request by Stein to recount all votes by hand, leaving it up to Wisconsin’s counties to decide between recounts by hand or machine.

The process of hand counting would be more expensive and take longer than the commission’s proposed plan.

The county recounts would be need to be completed by 8 p.m. Dec. 12 and then the state election commission would prepare the official recount for certification by Dec. 13.

The Clinton campaign said they didn’t believe recounts would change the result, but wanted to ensure that the election hadn’t been affected by outside interferences.

“The recount is not going to change the outcome in Wisconsin of the election,”Amber Wichowsky, a political science professor said. “Trump won by over 20,000 votes.”

The recount must begin this week, under state law, as long as Stein or another candidate pays the $3.5 million estimated cost of the recount by Tuesday, the Milwaukee Journal Sentinel reported. The lawsuit now has the potential to slow the process down even more.

Clinton supporters are hopeful that fundraising recounts in Wisconsin, Michigan and Pennsylvania will lead to Clinton victories in those states, swinging the Electoral College in her favor. Wichowsky said Stein has a motivation to lead the recount effort.

“For Stein, it’s a great way to target those voters,” Wichowsky said. “She has raised much more than what’s required for the cost of the recount that she’d be charged by the state. What she’s able to gain from fundraising the recount is she now has a list of potential voters come next time if she wants to run again.”

Barrett McCormick, a professor of political science, said Clinton might have hesitated to lead the recount effort in a role like Stein’s. “I don’t claim to have any particular insight into Hillary Clinton’s mind, but I think that tradition in the United States is that you respect the outcome of elections,” McCormick said.

President-elect Trump expressed frustration over the recounts, with Trump’s transition team stating that they are, “a scam by the Green Party for an election that has already been conceded.”

“I guess that the question that I would put to Trump is, ‘Would he want to be president if there was a miscount of what the American people might have actually voted for?’” McCormick said.

Nihar Sajja, a sophomore in the College of Arts & Sciences, said he didn’t understand why Stein is leading the recount effort.

“Her party can’t even win, so it’s irrelevant for her to call for the recount,” Sajja said. “She’s just trying to stir up news and catch people’s attention.”

However, Adam Clark, a junior in the College of Arts & Sciences, said he’s happy that the recount will take place.

“I think that it’s good the Commission is doing it, especially in such a close election,” Clark said. “It’s going to make sure the votes were counted correctly.”

Mateusz Sternik, a freshman in the College of Arts & Sciences, said he also supports the recount. “The threat of voting machines being hacked is only going to become more prevalent as our technology becomes more advanced,” Sternik said.

He said he hopes the recount indicates that Clinton has a larger lead.

“I truly hope that it is uncovered that there was foul play and that Hillary Clinton won far more votes than what she currently has,” he said.

UPDATE 11/29/16: Dane County Circuit Judge Valerie Bailey-Rihn denied Stein’s request to require Milwaukee counties perform the recount completely by hand. The judge said there was not enough evidence of problems with the machines to show they could not be used in the recount.