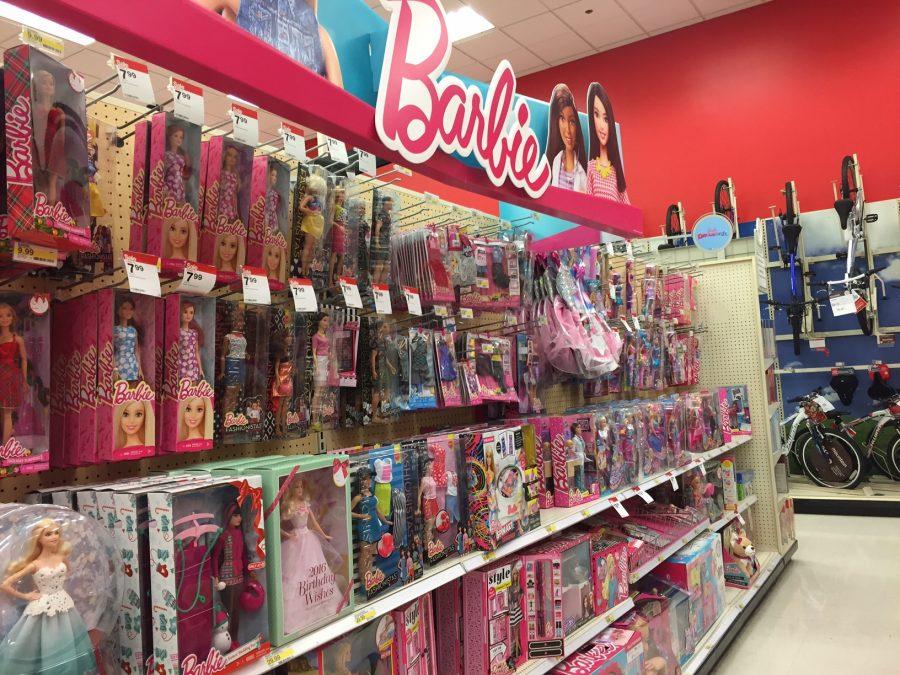 The exposure to new ideas and values that college brings reveals the ethical discrepancies represented in children's toys.

As a child, the toy aisle was a magical place. Whether we were in Target, Walgreens or Mills Fleet Farm, I would always beg my parents to visit that part of the store, if only to gaze upon the glorious possibilities that could be mine with some allowance and self-discipline.

I haven’t been in a toy aisle for a long time, so when I was looking for a gift for my cousin over Thanksgiving break, I realized how much growing up and going to college has changed my view of the toy aisle and the way it’s designed.

I was a little shocked at how many things seemed “off” to me. I hadn’t remembered it being so aggressively gender-segregated — the stereotypes are alive and well. The boys’ aisle is full of reds and blues, packed with action figures and superheroes, while the girls’ aisle is eye-wateringly pink, with stars and rainbows and princesses.

I found an Easy-Bake Oven resplendent with glitter and pink flowery designs. The girl on the box smiles as she presents her rainbow-sprinkled cookies. Why is it necessary to market an Easy-Bake Oven so forcefully toward girls in particular?

I’ll leave it to you to imagine all the arguments that could be made about keeping women in the kitchen, but on the flip side, what happens if a little boy wants an Easy-Bake Oven? The packaging makes it very clear that this toy is not meant for him. Sorry kid, we didn’t think you’d want to develop your culinary skills like a girl should. The stereotypes affect both sexes.

It’s a natural process of growing up; you grow out of childhood beliefs and limitations and question the information that is presented to you instead of accepting it directly as truth. But I believe moving out of my little Minnesota suburb and into a diverse city like Milwaukee did more for me than normal maturation ever could.

As Marquette students, we’re exposed to even more conflicting ideas and values. I’ve learned to not only pay attention to new and controversial information, but to think about it, discuss it and measure my own standards against it.

It isn’t just about toys being gendered, however. It was suddenly apparent how very Caucasian toys can be, specifically Barbies. I did a mini experiment at my local Target and counted: out of roughly 60 different types of Barbies being sold, exactly five were non-white.

I’ll admit there is some progress — albeit minimal — being made. At least dolls of other ethnicities are there, gradually making their way onto the shelves. At least Barbie is coming out with some more realistic body shapes (helpfully emblazoned with “curvy,” “petite” and “tall” on the packages, so you’re well aware you aren’t choosing a “normal” Barbie).

And I guess my issue isn’t necessarily that the toys are gender-segregated. Boys and girls have different tastes, and as long as this is true, the segregation will naturally exist with that demand. But it’s become so very extreme — the way that the aisles have been built discourage girls and boys from straying outside the section that’s designed for them.

Some toys are truly innovative and can be enjoyed by any gender or ethnicity, like Legos, model kits, puzzles and games. I was impressed by some very creative products put out by the Smithsonian: mini microscopes, geode kits and toy telescopes were all things I kind of wanted for myself.

The problem is that these toys were shoved to the fringes, unadvertised and thoroughly overshadowed by the big brand-name companies.

All these ethical discrepancies in the toy aisle exist in a feedback loop — if we keep giving children toys that reinforce cultural and gender stereotypes, those are the toys they’ll continue to ask for.

Keep this in mind if you’re out shopping for any kids in your life this holiday season. They’ll (hopefully) grow up to be more open-minded and wise than they are now, just like you did. Give them gifts that will not only outlast that maturation, but encourage and support it.