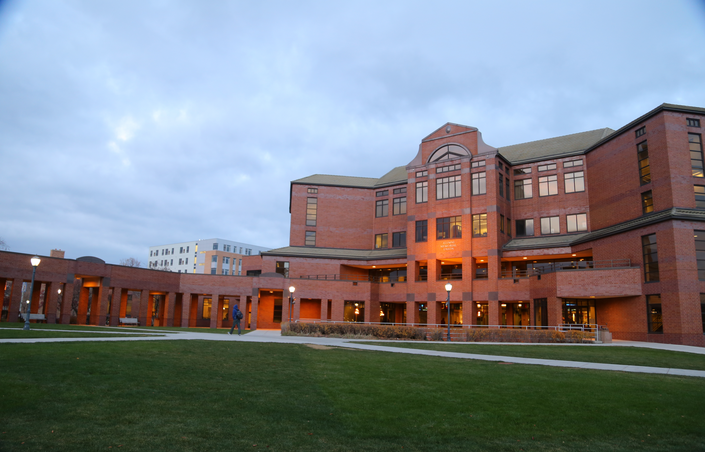 Political science professors hosted an election discussion with the goal of easing some of the post-election worry on campus.

“We had not originally planned to do this kind of event,” Political Science Chair Lowell Barrington said. “We felt a need to respond to hearing from our students and other students about the uncertainty and unease that many of them felt.”

Eight professors addressed a crowd of nearly 50  Marquette students and community members on Friday at Alumni Memorial Union. They discussed the 2016 election results and their implications moving forward.

Each professor gave a short statement on varying issues related to the election. American politics professors Amber Wichowsky and Phillip Rocco spoke on the domestic effects that a Trump presidency and united Republican Congress might have in the United States.

Wichowsky began by posing the question, “Where do we go from here?” The two professors highlighted the issues of class, race and gender that shaped both the campaign season and the election itself.

“We already have a wall,” Brigden said. “Mexico is our wall. They are our partners and actually deport more Central Americans than the United States. Asking Mexico to pay for a wall is just silly.”

Brigden outlined the severe infringement upon civil liberties that might occur if existing immigration policies were to be exacerbated.

Barrington then opened up the panel to questions from the audience. Nearly a dozen listeners lined up in front of the microphone. The audience asked the professors questions pertaining to party politics, education reform, national security and the future appointment of Supreme Court Justices.

Margaret Urban Walker, the Donald J. Schuenke Chair of the Philosophy Department, was first to address the panel. After the forum she expressed how the election has brought a lot of worry to campus and applauded the professors for hosting such an informative discussion.

“There is so much obvious distress, fear and worry among what seems like almost everybody on campus,” Walker said. “This was a great opportunity to hear from some terrific Marquette faculty today. It was helpful to hear them talk though a number of the basic issues.”

Elyssa Larson, a senior in the College of Arts & Sciences, said she attended the panel because a number of her professors were speaking.

“There wasn’t a lot of sunshine, it was very sobering,” Larson said. “As far as I’m concerned though, it was one of the best panels I have been to in a while. I found myself sitting there wishing more people I know could have been part of it.”

The professors covered a wide array of issues and doubts that appear to be so prevalent in the wake of the election. There was general sense of worry and uncertainty surrounding almost all of the topics covered during the discussion.

Professor Phillip Rocco began his statement with a lone word that can be used to sum up the entire forum: “Anxiety.”

“The general assumption is that we will get over it,” Professor Rocco said, “but I disagree.”

“I would like to know change to what, and from what,” Barrington said during the discussion. Adding after, “I don’t know if the panel ended up putting their feelings of uneasiness to rest, but I hope it did address some of the unknowns.”