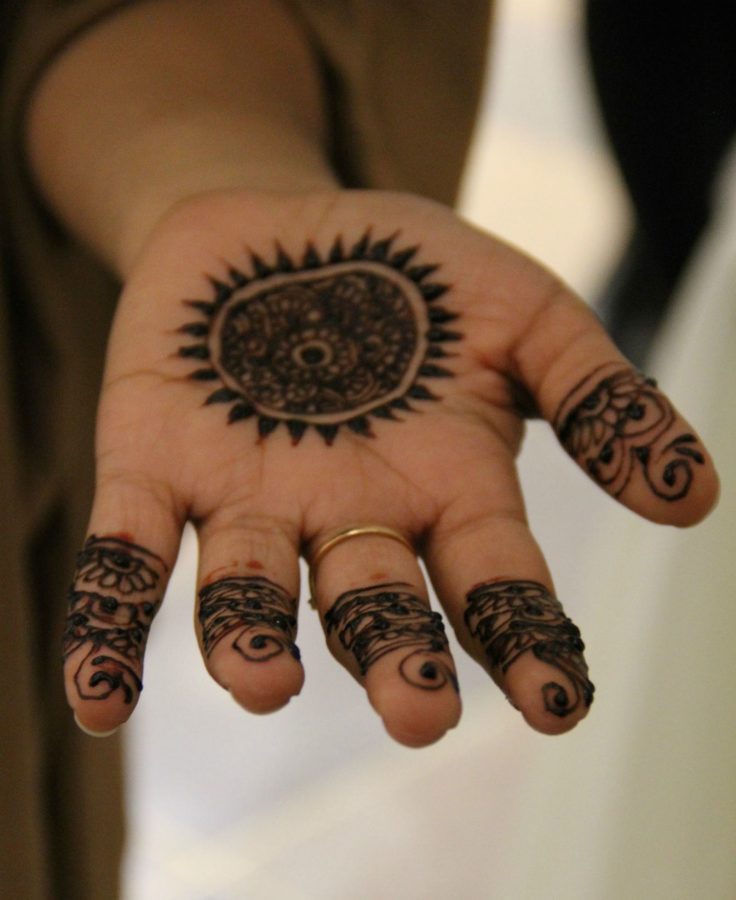 International Education Week was kicked off by a celebration of Arab culture on November 14.

Arab Culture Night included traditional Arabic calligraphy, cultural clothing, henna tattoo, music and food. The event was co-sponsored by the Office of International Education, Marquette’s Arabic Language and Club, and Students for Justice in Palestine. It was located in the basement of Cudahy Hall.

Megan Hines, junior in the College of Arts & Sciences and an event coordinator of the Arabic Language and Culture Club, said the event allowed attendees the opportunity to learn about Arab culture.

“I think everyone learned something new and liked it,” Hines said.

Nicole Boehler, junior in the College of Arts & Sciences and an event coordinator of the Arabic Language and Culture Club, said her favorite part of the event was sharing her knowledge of the Arabic language. Attendees were able to learn Arabic words and sentence construction through a puzzle-like game.

“My favorite part was being able to teach them the sentences; to be able to show them how it works,” Boehler said.

“My roommate, it was the first time she’s tried (traditional Arabic food) and she ended up really really liking it,” Boehler said. “(It) was nice being able to introduce her to something new.”

Allie Bitz, sophomore in the College of Arts & Sciences and treasurer of the Arabic Language and Culture Club, said there was a good turnout for the event.

“Arabic club is so new and a lot were just hoping for a modest turnout,” Bitz said. “We really did get a lot of people that came and enjoyed the event and I was really proud of it.

For the spring semester the Arabic Culture and Language Club is planning a possible Arab Souk Market event, where members from the greater Milwaukee area can come to campus to sell and display different cultural items and artifacts. Hines said they are trying to include other language and diversity-based clubs into the Souk event.

“It’s important that we all celebrate our heritage,” Hines said. “We’re all in this melting pot and we understand each other’s cultures.”