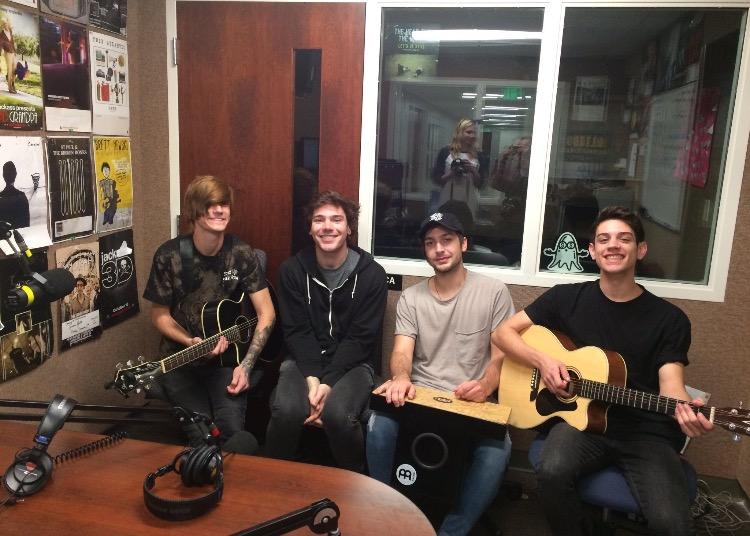 7 Minutes in Heaven keeps the pop punk era alive with their angsty lyrics and energetic beats. As lead guitar and vocalist Timmy Rasmussen toured under this name alone, he met his current bandmates along the way. The four-piece now tours with bands like Metro Station and Set It Off. 7MIH last released a new single “I’m Okay” in 2015, which they sang on Marquette Radio, and have been writing new music throughout the year as they toured. They did their last show of the year this past Friday at The Rave, and they are ready to head home and get in the studio so they can release new music in the next year.