HUGHES: People over politics: Election results need not divide us 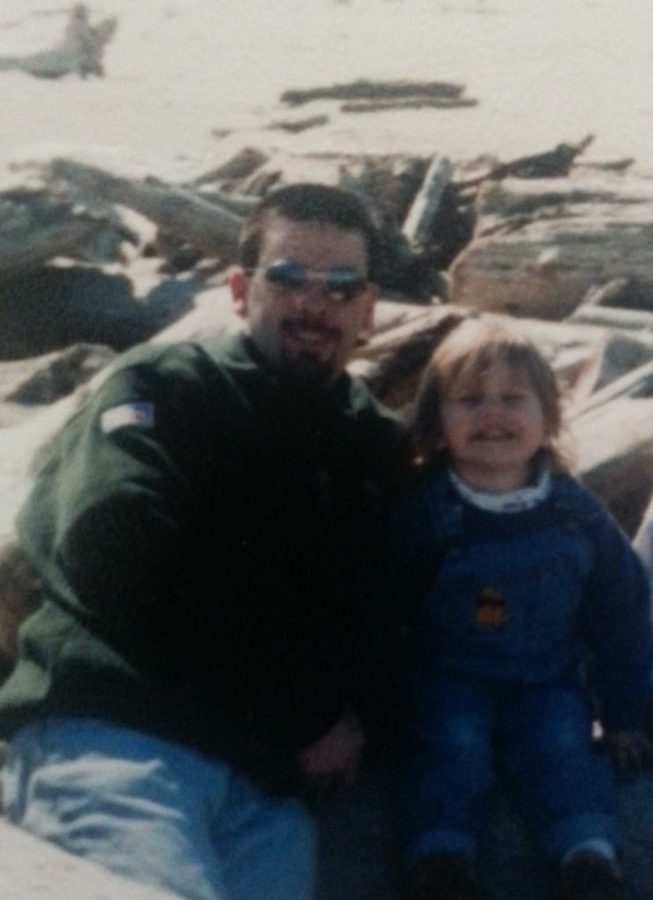 Columnist Morgan Hughes writes that according to some people's reactions to election results, her father, her childhood hero, cannot possibly be a good person because of his political views that are opposite hers.

My dad used to work as a hunting guide on a ranch in Victor, Montana. I was 4, maybe 5 years old, and spent that summer riding shotgun in a doorless Jeep and wondering about all of the horses that occupied the land.

I wanted so badly to ride one of the horses, but whenever an opportunity arose my nervousness got the better of me. Finally, when the summer was nearly over and my chances were running thin, my dad picked me up and put my crying body in a saddle on the back of a horse named Rocky. He walked alongside us, keeping Rocky at a slow pace and keeping me calm.

When I try to remember the first time I consciously thought of my dad as a hero, it was here.

In the years since, he’s been consistent with his breed of tough love and reserved sensitivity — offering unsolicited wisdom via lectures met with eye rolls, reminding me to call my grandma, telling me he is proud of my accomplishments and empowering me to make decisions for myself.

He is the most hard-working, fun-loving person in my world, and is still someone I see as a hero.

But reactions to election results would tell me that none of these things matter because my dad favors Donald Trump.

He cannot possibly be a good person because he, much like most of the people I grew up with in my rural hometown, spent the last year championing Trump as his preferred next president.

Of course, I can’t really do that.

I don’t know how to defend my family and friends who voted opposite me. How do I separate their politics from their personalities and still acknowledge that many of them voted from a place of privilege they don’t even know they have?

I could try to explain that privilege, but I think it would be fruitless; I’ve tried and failed too many times already. Instead, I will explain why I can be scared for the future and still respect those who voted for the candidate at the root of those fears.

Instead, I’m afraid of a divided society moving further and further away from the center. I’m afraid of partisan media increasing the divide, and I’m afraid we are losing hope of ever understanding one another.

But mostly, I’m afraid that the rhetoric used during this election has made it easy to dehumanize those we disagree with or cannot relate to. This isn’t a theoretical fear, it’s a reality. Go to Twitter or Facebook to see statuses wishing death upon both Trump and Clinton, as well as their supporters.

A protest sign that reads “Rape Melania” is no more justifiable than vandalism in favor of Trump.

I know that people are scared, but there is a lot of anger directed toward the wrong adversaries.

I can’t tell you to accept the outcome and hope for the best. I don’t mean to devalue the experiences of those targeted by Trump’s election by defending those who supported him. They have a right to be angry. Trump’s election sets a precedent for sexual aggression, hate crimes and separatist and nationalist ideals. And while I still love the people in my life who voted these values into office, I am disappointed, and I am scared.

Regardless of these fears, I refuse to look at the opposition as less than human, as brutish, insensitive or unimportant.

This election has been divisive in the absolute worst way. But now we need unity, compassion and understanding.