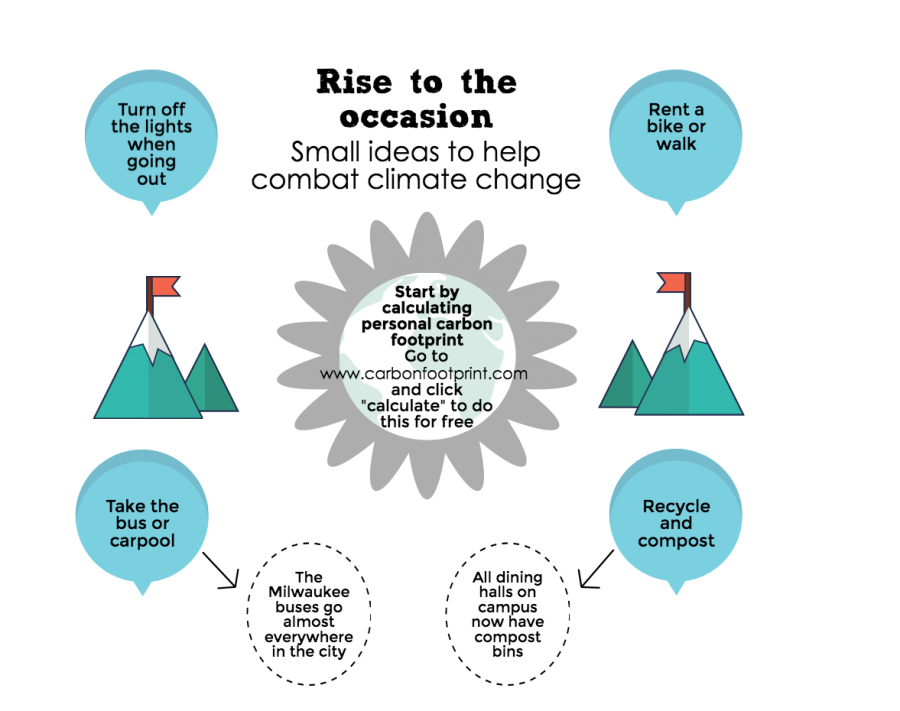 Standing in front of thousands of actors, screenwriters, directors and fans, Leonardo DiCaprio accepted the Academy Award for Best Actor in 2016 for his role in the film “The Revenant.” Once the long-awaited day when DiCaprio won an Oscar finally came, the 42-year-old actor took the time to highlight the importances of informing citizens to prevent the increase of climate change.

With over 34 million people watching, DiCaprio expressed concern about climate change as a precursor to his new documentary, “Before the Flood,” released this October. Produced by DiCaprio and directed by Fisher Stevens, this film takes the viewer on a 95-minute journey in an attempt to present a scientific perspective on the startling reality of climate change.

“Before the Flood” provides steps people can take toward positive environmental change on every level.

“It was chilling and amazing,” Hannah Badeau, a sophomore in the College of Arts & Sciences, said. “I had goosebumps the entire time.”

As the officer of public relations within the organization Students for an Environmentally Active Campus (SEAC), Badeau personally connected to “Before the Flood” and the many eye-opening scenes and data displayed.

“‘Before the Flood’ will light a fire underneath anyone who watches it, especially in light of this past week,” Badeau said. “This, in combination with a lot of other things that are happening, is going to make people want to make a tangible difference.”

“Before the Flood” legitimizes the impact of climate change with varying opinions and scientific facts.

When DiCaprio introduced this film to audiences worldwide, he shared that he “went to every corner of the globe” to document how climate change affects humanity and the planet on a catastrophic level.

“Things like composting in the dining halls and building buildings that are LEAD certified are ways that at Marquette we have seen a lot of great change to address the issue of climate change and environment,”Astera Sundance, president of SEAC and a senior in the College of Engineering, said. “But there are still little things that everyone can do to help.”

Sundance believes climate change is a real threat, yet is undermined by the lack of political support from some right-wing politicians.

“I just think it’s super ridiculous to be honest, and I think that’s just politics and that’s just corporations,” Sundance said. “They’re not really interested because the idea is too abstract and not easy to fix right away.”

Despite the resistance of change within the government, there are still ways to take charge on an every day basis.

Emily Zint, a SEAC club member and freshman in the College of Arts & Sciences, said that even the littlest things can make a difference.

“(Even) turning off the shower two minutes earlier or carpooling to the basketball games aid in creating a better world,” Zint said.

Besides making everyday changes to reduce their carbon footprint, Zint thinks the best thing students can do is stay open to the prospect of climate change and educate themselves about what is happening in the world.

SEAC is pushing for Marquette students to recognize ways in which they can prevent climate change, through fundraisers, inviting guest speakers and even a dirt cup sale.

DiCaprio is making an effort to extend “Before the Flood” to a wide audience. The documentary is available for free on Hulu, Youtube and Fox.

“It brings to the public’s attention a new perspective from someone that is highly regarded in a completely unrelated profession,” Zint said. “It brings about a sense that action isn’t only reliant on scientists and others … to create a solution.”