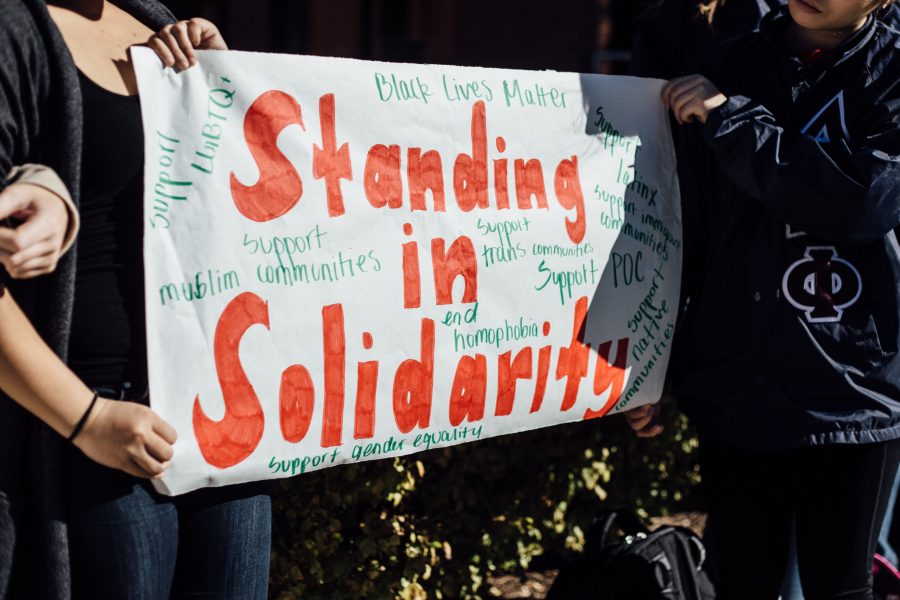 The next four years of Trump's presidency have the potential to galvanize liberals, increase levels of political participation in young voters and usher in a new golden age of activism on college campuses.

The lines are drawn, the battle is set. For months, pundits prognosticated the complete unraveling of the Republican Party, yet it is the Democratic Party that finds itself in turmoil. Across the country, groups like the American Civil Liberties Union are bracing to challenge an administration that has yet to step into office, declaring in an open letter published in the New York Times: “One thing is certain: We will be vigilant every day of your presidency.”

Trump is going to have a great deal of freedom to push his agenda through the Republican-controlled House and Senate. His Supreme Court nominees are sure to have speedy, uncontested confirmation hearings. President-elect Donald Trump can wipe away much of the Obama legacy with a stroke of his pen. There is little Democrats can do to stop him.

Despite Clinton’s shocking loss, Trump’s unchallenged authority and the likelihood that Senate Democrats lose even more seats in the 2018 midterms, I believe that Trump’s presidency is a gift for progressives. The next four years of his presidency have the potential to galvanize liberals, increase levels of political participation in young voters and usher in a new golden age of activism on college campuses, the likes of which this country hasn’t seen since the Vietnam era.

Young people voted overwhelmingly in Clinton’s favor, but the margin was six points fewer than Obama’s 2012 victory over Romney. While some of these voters moved to Trump, a lot of them chose to support third party candidates. What truly doomed Clinton’s chances wasn’t young voters becoming less progressive, it was the lowest voter turnout in 20 years that ultimately lead to her demise. In other words, apathy.

Liberals grew complacent under Obama. Many were frustrated that the change he promised wasn’t coming quickly enough. After losing the House in the 2010 midterms, Obama was forced to confront political realities that prevented him from following through with some of his campaign promises. Like Obama, Clinton offered a slow march of social progress that left many young voters uninspired.

That apathy is gone now, of that I assure you. Even the politically inactive took to social media to vent their fears and frustration. In a totally uncharacteristic move, a quiet, mild-mannered student from a northeastern university sent me a Snapchat of him burning an American flag.

I truly believe that this election will be a formative experience for the members of my generation. Last Tuesday will forever be seared into the collective memory of those who lived through it. For many, this election is the first that will have a tangible impact on their everyday lives.

Now is the time to break out of the social media echo chamber. Posting your disappointment and anxiety on Facebook may be therapeutic, but it doesn’t win elections. Now, more than ever, we need a new generation of young people willing to give their time, talent and money to ensuring social progress at the state and local level. We need people who are willing to do the unsexy work of running in local and state elections.

I leave you now with a line from then President-elect Obama’s 2008 victory speech: “The road ahead will be long. Our climb will be steep. We may not get there in one year or even in one term. But, America, I have never been more hopeful than I am tonight that we will get there. I promise you, we as a people will get there. There will be setbacks and false starts.”