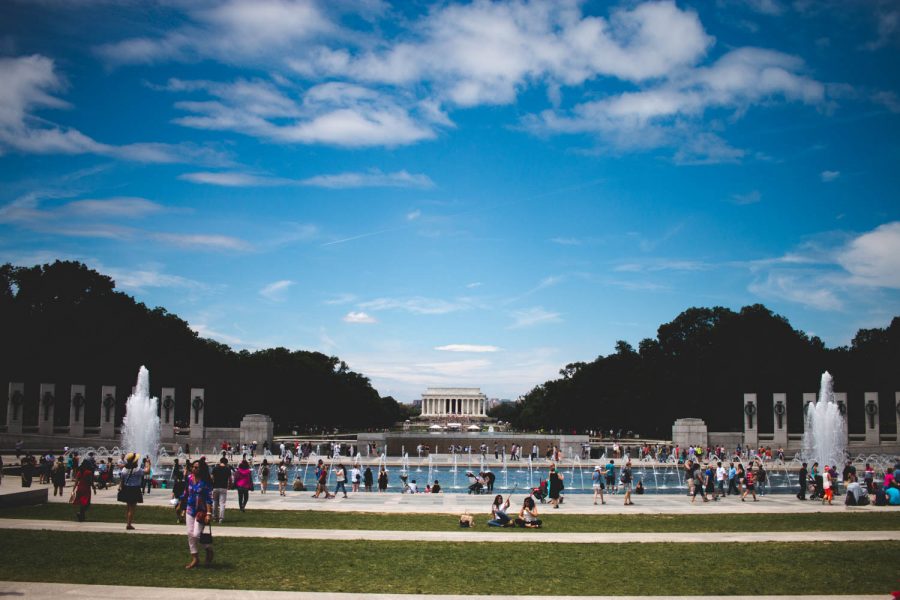 Students participating in the Les Aspin Center program explained the anxiety on Capitol Hill could be felt enormously. Photo by Meredith Gillepsie/meredith.gillepsie@marquette.edu

“Anxious” is the word several students from Marquette’s Les Aspin Center for Government use to describe the general feeling of the nation’s capitol.

“I can’t speak for all of us, but for me it’s kind of scary,” Kelly Regan, a junior in the college of Arts and Sciences and member of the Les Aspin program, said. “Everyone seems nervous for what is going to happen, regardless of who wins.”

The Les Aspin Center for Government was created by Marquette to prepare students who want to pursue political careers at the federal level. As the semester draws to a close, the Les Aspin Center has become increasingly focused on the election.

Isaiah Gencuski, a sophomore in the College of Communication, worked with Milwaukee Congresswoman Gwen Moore. Gencuski wanted to participate in the Les Aspin program to get a better understanding of what happens at Capitol Hill.

“I didn’t know much about the U.S. government with the election coming up. I thought why not go to D.C. and see how it works in general,” Gencuski said. “I feel as a citizen we all have a civic duty to be engaged in politics.”

He said he enjoyed his time at the Les Aspin Center and felt tension mounting as the last hours of the election settled in.

“It’s been hectic (here). A lot of our classes focus on discussion in the election and how elections relate to class material,” Gencuski said. “Everyone is really antsy and crossing their fingers on who they want to win.”

Gencuski joked about the world melting if Trump wins.

“I don’t really think that will happen, but I am a fairly liberal person so I wouldn’t be happy if he won,” he said. “If Hillary wins, it is what it is. It would be cool as a millennial to see her win. If she does, we would have seen the first black man and first woman president.”

Other students, like Bobby Froembling, a senior in the college of Arts and Sciences, were less enthusiastic about the presidential candidates.

“I’m worried about Trump and Hillary,” he said. “With Trump, it’s his rhetoric. Your words are powerful and when you speak down on people that could divide the country further, which is the last thing we need. For Hillary, I don’t know how well she can bring us together either.”

Froembling said he also felt the anxiety mounting in D.C. as well as people’s unhappiness with the presidential choices, but said that hasn’t stopped D.C. citizens from coming out to vote.

“It seems like voter turnouts are much higher here. Maybe because they are so close to the action,” Froembling said. “People are more talkative about the turnout of the election. I think people are just anxious for the election to be over.”