BAKER: Recognizing other leaders in our lives 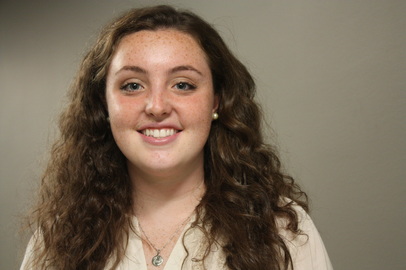 A headline from the Wall Street Journal having absolutely nothing to do with politics caught my eye this weekend: Pope’s Beatitudes Highlight Care for Environment and Outsiders. This less than 500-word article about Pope Francis’ recent visit to Sweden in which he stressed the importance of preserving the environment and unity among Christian religions, among other issues, appeared to me as a small and quiet beam of light and positivity among all the election coverage that has offered neither of those.

Yesterday our country decided the new president, who will take office in January. Some Americans are celebrating this new leader, while others feel as though their worst nightmare has come true. Several times this fall I questioned my decision of which presidential candidate to vote for, or rather, against. I read the news to gain knowledge of the issues, but after a certain point it all blends together into a mess of negative rhetoric. Worried and anxious and impatient as the election approached, I felt relieved reading this article about the pope.

A light bulb went off in my head: no matter who is elected president, there are so many other leaders in this world and in my life to look up to, whose lives are examples of values I strive for, like respect, understanding, intelligence, morals and faith.

For a pope, Francis has been controversial in his beliefs that sometimes seem to contradict traditional Church teachings. Immediately following his installment to the papacy in 2013, he addressed the topic of homosexuality saying, “Who am I to judge?” In September, he extended to all priests the authority to grant the church’s forgiveness to women who have had abortions. He has not refrained from opining on hot topic social and political issues such as capitalism, climate change, gun rights and immigration.

Pope Francis’ boldness in renewing the true values of equality and social justice of the Catholic faith has been a positive force in the church. He came at a time of crisis and scandal in the church when Catholics desperately needed strong leadership and guidance, sparking the catchphrase, “This pope gives me hope.”

Why do we rely on strong leadership? A leader who represents our wants and needs can inspire positive change and affirm the values on which we base our lives. In a time of disaster or crisis, a successful leader fosters unity. Leaders bravely take a stand and push for change. They seem fearless and strong, especially when so many try to bring them down. Leaders are highly respected when they are held accountable and follow through on their promises.

After this long and tiresome election season, it appears that this country is in crisis, and I don’t think this new president will be the strong unifying leader Americans need. But all hope is not lost. In the Journal article, the pope is quoted saying, “We ought to be able to recognize and respond to new situations with fresh spiritual energy.”

So let’s arise with fresh energy from this historic 2016 election. We’ve spent a lot of time and energy choosing our country’s new leader, but unfortunately that process created more conflict than cooperation. In an effort to leave the hatred and division behind, we can look to other prominent figures in government, society, religion or even our personal lives for leadership. Pope Francis, governors, mayors, professors, classmates, friends, parents, sisters and brothers — all these people can serve as significant role models or leaders in our lives. We can actively seek out and promote strong leadership in our communities, and relationships and model it ourselves, too.

As St. Francis of Assisi, whom the pope honors in his papal name, said, “let it begin with me.” If we each encourage respectful disagreement and compromise, we can be small beacons of hope that light the way toward a better future.