Election: One for history books 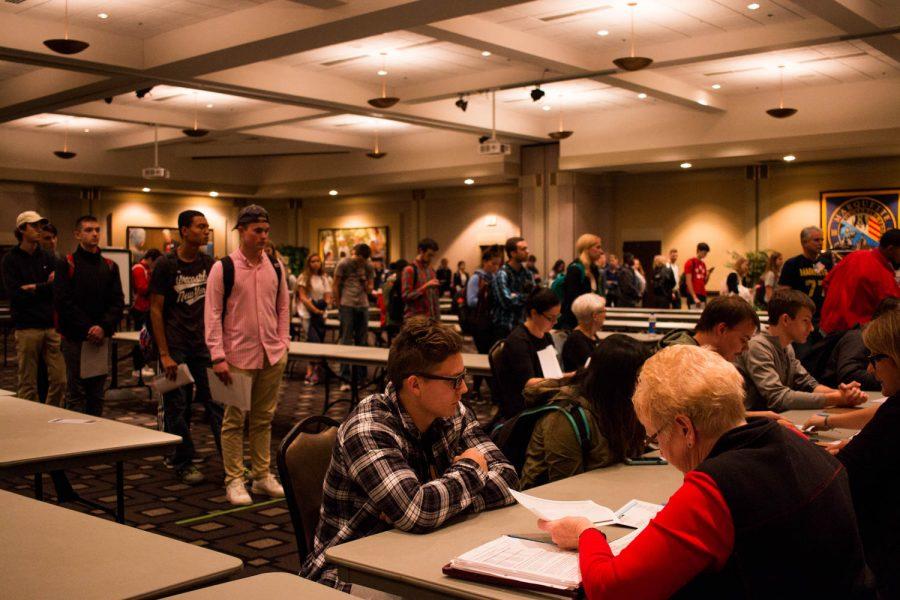 Students were able to vote in their first presidential election Nov. 8, in hopes to steer the country in a direction they wished to see. Photo by Meredith Gillepsie/meredith.gillepsie@marquette.edu

“I think there (are) a lot of important issues at stake,” said Julia Azari, associate political science professor “That’s always true, but it seems that this year there has been more instances of terrorism, confrontation over the Black Lives Matter movement and others. There are just very high stakes in this election.”

Sheena Carey, a lecturer in the College of Communication, said some issues that were previously swept under the rug can no longer be ignored. “I think (this election) has brought to light a lot of things we need to address,” she said. “There’s been a lot of strong, negative rhetoric that has been causing harm.”

Carey said it’s difficult to label any particular election as being the most important in history, but this year’s stakes were unusually high.

“Our very identity as a nation is at stake,” Carey said. “We’ve bought into a lot of myths that we’re the benevolent nation. And in the past we’ve been an example, people have looked to us for advice, but I don’t think that we’re going to be the example anymore if we can’t address the divisiveness that we’re going through.”

Carey said the nation’s divisiveness was intensified throughout the election, and now the nation will need time to heal.

Michael Donoghue, an associate history professor, had a similar outlook about the country after the election, especially regarding the political parties.

“I think this will be a major turning point in history for a few reasons,” he said. “The Republican party seems like it’s in a period of disintegration; there (are) huge splits and divisions within, and I don’t know how they’re going to recover from this.”

The Democratic party will also suffer, Donoghue said, though perhaps on a lesser level than Republicans.

“They’re still a very bruised and divided party as well,” he said.

All three professors were in agreement that the U.S. is weathering a rough patch. Donoghue said he predicts in 50 years, this era of the country’s history will be regarded as a shameful period, but a possible turning point as well. Carey noted the first viable female candidate of a major party will go down in history. She went on to express a feeling of fear and disappointment at the nation’s progression, or lack thereof.

“There has been sort of a repetition of some of the darker times in our nation’s history seeming to come back into play,” Carey said. “The way people are being treated or talked about and the aberration of rights and voting in a lot of instances. We’ve been here before.”

Carey said she is reminded of a Ghanaian symbol, Sankofa, which she said represents the idea of “knowing where you came from in order to understand where you’re going, and to understand history to ensure you’re not repeating it.”

In that spirit, Carey said she hopes the next president will be able to heal and “move forward so that there’s something left for those folks who are coming behind us.”