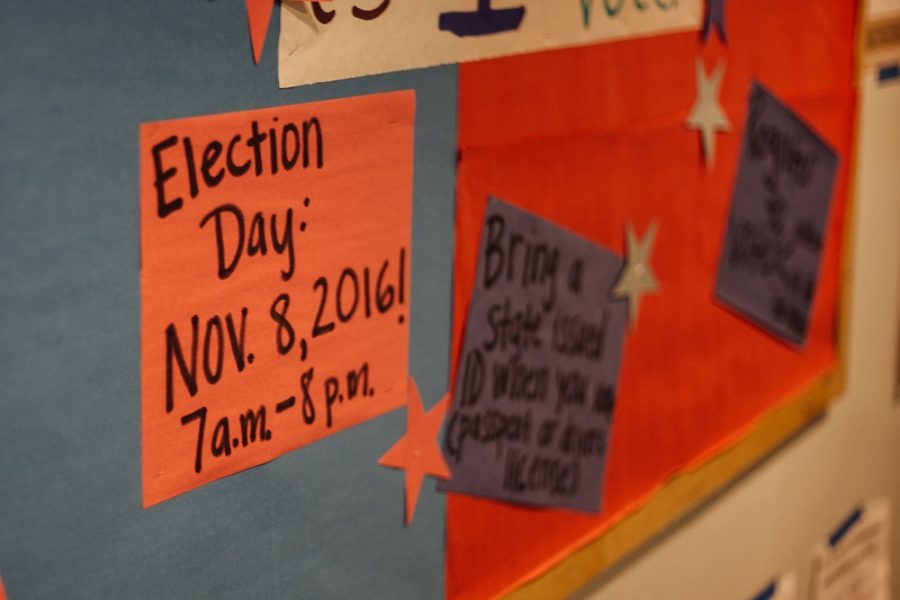 A Silicon Valley start-up called VoteCastr will create the projections. They will be based on telephone surveys in advance of Election Day to make a statistical model. It will then use previous modeling and voter turnout to create their projections.

The data will be published on the online magazine Slate. Traditionally, news outlets wait for the majority of polls to close before announcing results.

In an article published on their site, Julia Turner, Editor-in-Chief at Slate, described traditional Election Day journalism practices as “paternalistic” toward voters. She added it puts journalists in an uncomfortable position of concealing information from their readers.

“The big concern is: will people feel pressure not to vote or will they feel empowered to go out and get the vote?” Brennen said.

Marquette Law pollster Charles Franklin echoed this concern. He referenced the 2004 election, when exit polls leaked at 1 p.m. and showed John Kerry winning the election, but he later lost.

“I thought it substantially enhanced the view among democrats (who) thought the election was rigged or stolen,” Franklin said. “I think that did profound damage in elections.”

Franklin said he is nervous VoteCastr may cause the same kind of confusion.

“It totally distorted what was happening,” Franklin said. “I fear VoteCastr was tailor-made for that.”

In addition to ethical concerns, Franklin also worries about the statistical accuracy of the methodology.

“I’m really concerned they won’t do the volume of pre-selection polling that will produce a reliable model,” Franklin said.

Sasha Issenberg, the editorial director and chief strategist for VoteCastr at Slate, said VoteCastr would be using the same methodology as campaigns do. Franklin said he fears VoteCastr’s modeling will not be as accurate because it does not have the same resources and funding as campaigns.

Franklin continued, “If the model is not right, everything breaks down. Given enough money, time and staff, I can kind of see how this might work, but they’re still raising money on Kickstarter. I’m really dubious they have the resources to do a good job.”

According to Franklin, real-time projections are a low-risk, high-reward proposition for VoteCastr, but could have unintended consequences. “I’m not very comfortable with undermining democracy or potentially undermining trust in elections to help one start up take its shot at growing,” he said.

Jill Geisler, the Bill Plante Chair in Leadership and Media Integrity at Loyola University, said accuracy is an ethical concern, but media outlets need to determine how to present the information.

“That question is if you are in a newsroom, whether it’s local television or it’s a website: What will you do or not do with (this information)?” Geisler said.

According to Geisler, news outlets must consider the “tone and degree” of how data is presented.

“If you are going to say this data exists from VoteCastr, are you going to make it a giant graphic?” she said. “Or might you put it in a checklist of what you know during the day?”

Geisler said she is curious to see how new and traditional media will respond to VoteCastr.

“Sooner or later this was bound to happen,” Geisler said. “Those of us who thought we were gatekeepers in media realize we do not fulfill that role in the way that we once did.”