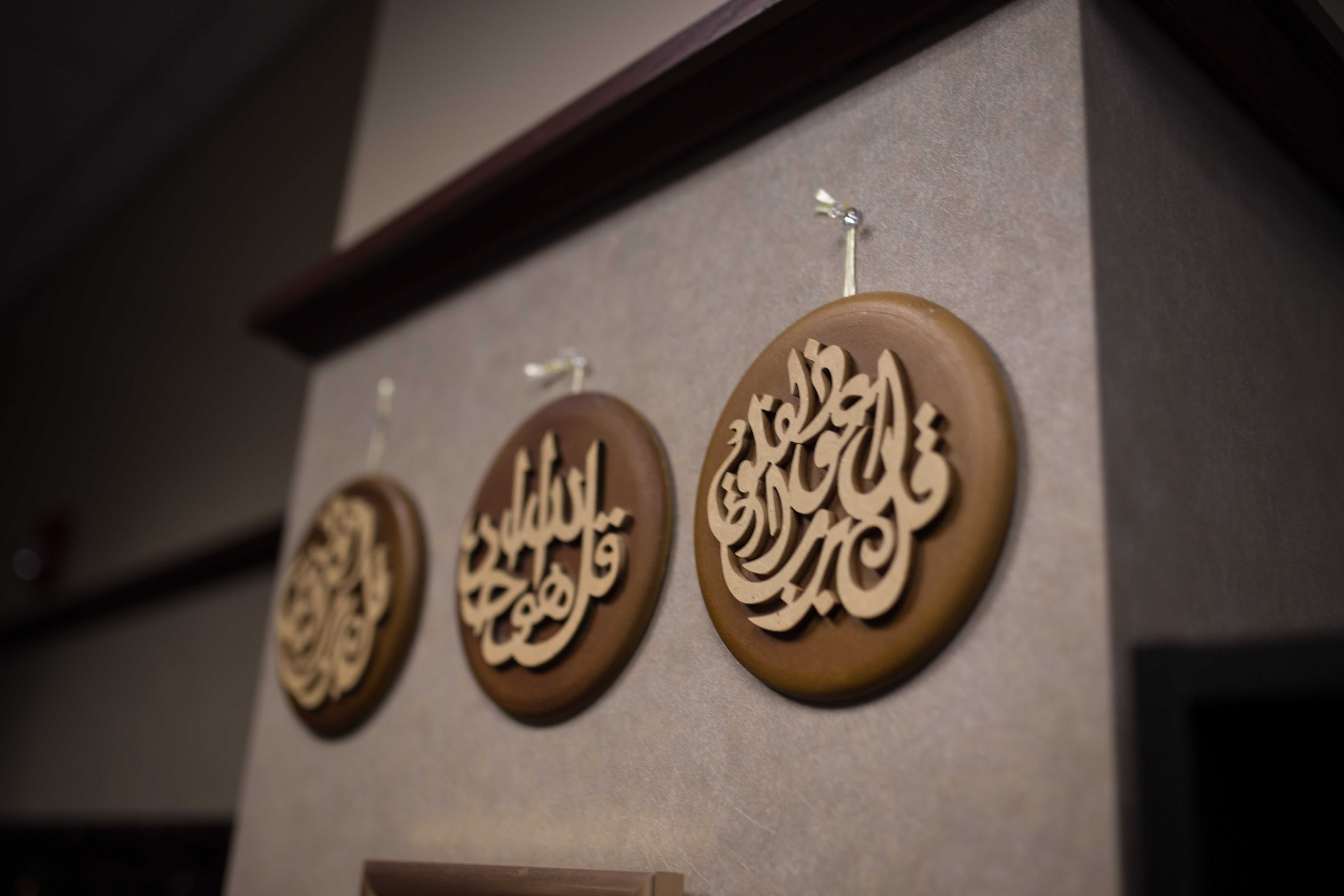 Rasha was 18 when she left a quiet Jordanian suburb and her seven siblings for Milwaukee.

She arrived in August, right before she would start school at Milwaukee Area Technical College. She witnessed cultural differences immediately – everything from public displays of affection to the summer clothing, which is more revealing than in Jordan.

“It was very different, even the way people dress,” Rasha said. “In the summer everyone here is wearing really short shorts and tank tops.”

In addition to culture shock, she had to adjust to being far away from her siblings. Due to difficulties acquiring immigration paperwork, Rasha crossed continents with only her older brother by her side.

“We are close,” Rasha said of her siblings.  “It’s a lot different coming here and then not seeing your siblings for a year.”

She initially planned to return home, but her father wanted her to stay in the U.S. for school and to ensure she would not lose her citizenship.

“The lifestyle is a lot different,” Rasha said. “You pause and be like: why? Then, in about a year, you just adjust.”

Thirteen years later, Rasha is continuing her education at Marquette. She is reflecting on her experience as a participant in Marquette Assistant Professor of Arabic Enaya Othman’s research on the stories of Arab women who have immigrated to America. She learned about Othman’s work while in the professor’s Arabic Studies course, and was asked to be a part of the research.

Othman’s research has shown that there are other women who can relate to Rasha’s situation, yet their stories remain untold. According to Othman, Muslim and Arab women in Milwaukee are a historically under-documented group.

Othman attributes the lack of documentation to the fact few Arabic people arrived in America after World War I. Larger groups arrived after World War II, but when their accounts were documented, they were mostly the voices of men.

Othman is documenting women’s stories so they will not be lost. This is especially important for first generation experiences, those who were the first of their generation to come to the United States, before it is “too late.” She described an interview with a 95-year-old woman as a “treasure.”

“We want to interview first generation before something happens to them,” Othman said. “We want to save their stories.”

Othman has spent the last six years documenting the stories of Muslim and Arab women.  She has abstracts of 74 interviews documented on her website. With a team of research assistants Othman aims to document the stories of about 100 women this semester alone.

For Rasha, the goals are more than just sharing her own story. The study had personal significance to her because it is about women of her culture.

“(I want others to) see how we are mistreated in the culture and misrepresented in the world,” Rasha said.

As one of her stories, she discussed her extended family’s reaction after she decided to marry a “non-Arab” whom she met at MATC and married a year and half later.

“My uncles cut me off ,” Rasha said. “They worry their daughters will follow in my footsteps and marry a non-Arab.”

Othman spoke with many other women who found themselves in a similar predicament. A group of second-generation women, who married non-Arab men approached Othman at a community event. They asked her to share her findings with the community because they wanted everyone to understand their decision.

Many women Othman interviewed asked their husbands to convert to Islam to appease their families. The researcher said this is how Muslim and Arab women try to adhere to cultural expectations and their own wants.

“This is a strategy they build,” Othman said. “They are playing on their religious identity. The guy they choose may not come from the same country, but he is Muslim.”

The strategies women build demonstrate their ability to adapt, and balance two cultures, she said.

“In America this study is going to represent how not all Muslim women are victims, not all are mistreated, not all don’t have education as an option,” Rasha said. “It’s going to affect the community’s view and the country’s view of the Muslim world.”

Rawan Oudeh, a research assistant and senior in the College of Arts & Sciences, also took note of similar stereotypes.

Oudeh said that while dating in Muslim culture is considered somewhat “taboo,” it’s a common misconception that marriages are always arranged. The women Oudeh interviewed chose their husbands.

“They married their best friends,” Oudeh said. “There weren’t forced into it, it was their idea.”

For Othman, these stereotypes carry a familiar ring. An immigrant from the West Bank, she empathizes with the challenges the women she interviews face.

“I’m an immigrant so I know how much we women go through,” she said. “How much we go through with raising our kids, pursuing a career, balance between home life, career life and expectations from your family and the community.”

Throughout the interviews, Othman noted how the gender roles the women envision themselves in vary.

“When women come here (to the United States) they change their gender role,” Othman said. “Their experience with employment and education causes this change. This is what we wanted to talk about: how race, ethnicity and gender identity get transformed and reshaped by these women.”

Though some women traditionally marry at 18 years old, a number  of the women Othman interviewed are pursuing a career first and marrying after.

Rasha said she would want education to be a priority for both of her daughters.

“I want my children to be educated before they ever seek marriage because education is something the female can have for her own protection,” Rasha said.

Othman hopes to one day expand the oral interview to different cities. Her goal is to create a national archive of experiences of Arab and Muslim women, though she is currently focusing on the Milwaukee community.

“This is not just an academic project,” Othman said. “It raises understanding and awareness about women’s issues, experiences and lets women themselves speak about their experiences.”

Research Assistant Sundus Jaber examines the topic of Arab-American beliefs and perceptions on disabilities. Jaber, a senior in the College of Health Sciences, first took note of this topic long before she started working with Othman.

Saber’s younger brother had a speech disorder. She noticed comments from people in the community, who believed he could just “grow out of it.”

“That’s when I noticed our community is not generally aware of these things,” Jaber said.

Jaber also wanted to work on the study because she noticed in the news and media she felt as if women are always being spoken for.

“I always would hear about women’s issues and I would wonder: why are they not asking us directly?” Jaber said.

These are women who are done waiting to be asked. They’re framing their own answers.

Editor’s Note: Rasha’s last name was not included in this story at her request to maintain her privacy with her extended family.