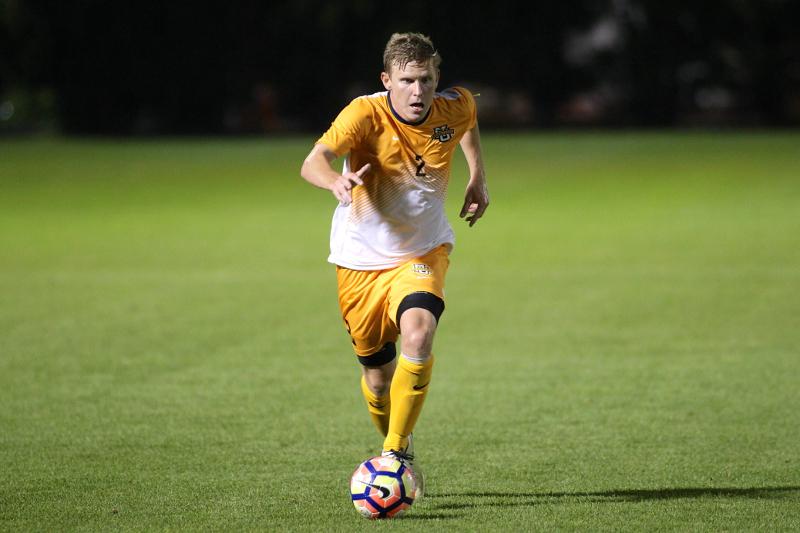 Men’s soccer only has three regular season games left this year, meaning redshirt senior defender John Pothast is facing something every Marquette athlete does eventually. His collegiate career is coming to an end.

When your career starts to wind down, every second starts to feel more valuable. For Pothast, a push to get into the BIG EAST tournament isn’t just about enjoying success — it’s about extending his time as a Marquette soccer player just a bit longer.

“For me personally, there’s no holding back,” Pothast said. “These are the last couple games I have. … You never want to go home early.”

Although this year’s squad won’t lose many players to graduation, as only Pothast and goalie Mac Wheeler are in their final seasons, the loss of Pothast will leave a huge hole. He’s become a quiet leader of the team and a vital piece on a youthful back line, which often features three defenders who hadn’t played a full collegiate game until this season.

This season he’s played out of position, moving to right back when head coach Louis Bennett needs him. At one point, he even played for a few minutes at forward.

“It doesn’t matter where he plays,” said forward Daniel Szczepanek, who knew Pothast before college due to playing with his brother. “You could put him in at goalkeeper and he would do the best job possible.”

To say Pothast is valuable would be an understatement.

“Johnny is the core of our team,” Szczepanek said. “He sees the whole field so he can very easily tell us what to do. He’s a key piece to the puzzle.”

He stepped up to the plate Saturday against Xavier, a team placed second in the BIG EAST at the time. He helped Marquette hold the heavily favored Musketeers to one goal despite the Golden Eagles playing without their other center back, Danny Jarosz, due to injury.

After the Xavier upset, Marquette sneaking into the conference tournament isn’t enormously far-fetched. The Golden Eagles now have five points, three points behind the team currently holding the sixth and final spot for the tournament, St. John’s.

“It’s definitely a goal of ours,” Pothast said. “The table is so tight. It’s a matter of one or two wins. In the BIG EAST on any given night a team can beat another team.”

“Hopefully we can play for guys like him,” Szczepanek said.

“To be great, we have to live in that uncomfortable zone,” Bennett said. “That’s OK. That’s what we trained for.”

If the Golden Eagles fall short, Pothast’s career will still have a memorable ending. He’d end with one final game at Valley Fields and one final game against his brother Caleb, a junior defenseman at DePaul. Something a bit more trivial than Pothast keeping his jersey for a few more weeks will be on the line.