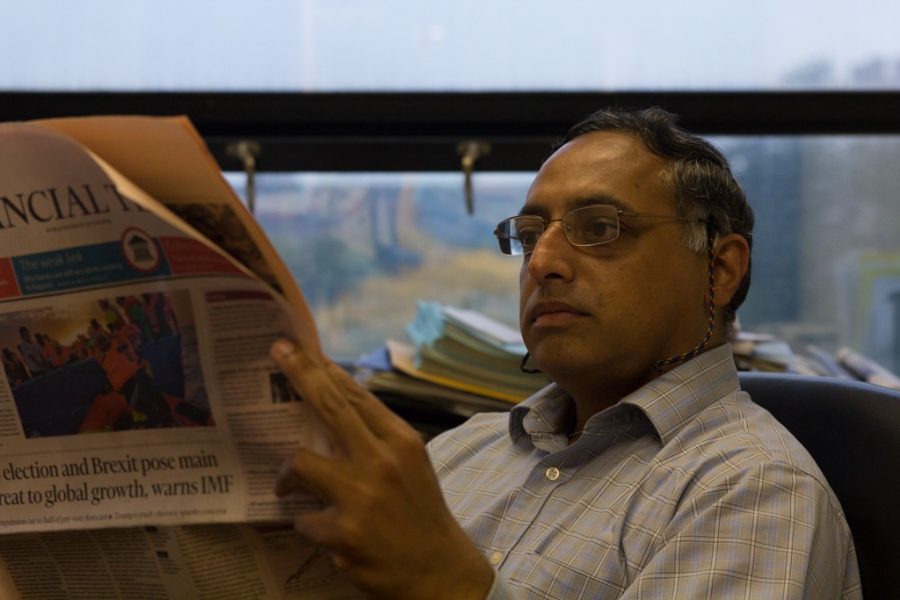 Father Nicholas Santos, a Jesuit priest and assistant professor of marketing from Pune, India, has studied at four universities including Marquette, Santa Clara University, Jnana Deepa Vidyapeeth in Pune and the University of Pune. The Marquette Journal sat down with Father Santos to discuss how he became a priest and hear about his experience leading Tuesday night Mass at Joan of Arc.

When did you know you wanted to be a Jesuit priest?

My vocation story is in two cycles. When I was in high school, a senior,  I just remember looking back at my life and somehow I felt an immense sense of gratitude to God for being there and that’s when I kind of felt that I wanted to be a priest. One of my things was that I needed a sign, and there was no sign. So I gave it up. Then I went to college where I was trying to decide what I wanted to do. One day in a dream this priesthood thing came back and I was like “Oh, where did this come from?”  So I did a whole discernment retreat, it was a real struggle, and at the end of the retreat I got a very powerful sign that God was calling me.

When did you start leading Tuesday night Mass?

I started in 2005, with Father (John) Naus. Father Naus and I concelebrated for about four years before I went to Santa Clara. Those were four great years. He had this kind of charisma and an ability to make you laugh. Then I came back in 2012. At that time Father Naus was getting out of the Tuesday night Masses, and he was also getting out of the university, so then I stepped in to that. Father (Daniel) Hendrickson, who is now the President of Creighton, came in as well at that time. So both of us then would concelebrate for about three years. The last few years, Father Kent (Beausoleil) came in. This is our second year together.

Do you have any new plans for Tuesday night Mass this year?

It depends. I think one of the attractions of the Tuesday night Mass is that it is student-led to a large extent, in terms of the music and a lot of things. It is also spirit-led. The number of alumni that come back, they’ve shared with me that when Father Naus went away, the Tuesday night Mass would also go away. Then they realized that perhaps it wasn’t just Father Naus, it was the spirit at work. I think the spirit is still at work. So that’s what I like about the Mass. There is a little bit of flexibility in the way things go, and just go with the spirit.

A normal Tuesday for Father Santos:

2 p.m. – Meetings with the Center for Peacemaking Global Campus Initiative