VAKULSKAS: Don’t forget to care about local elections, too 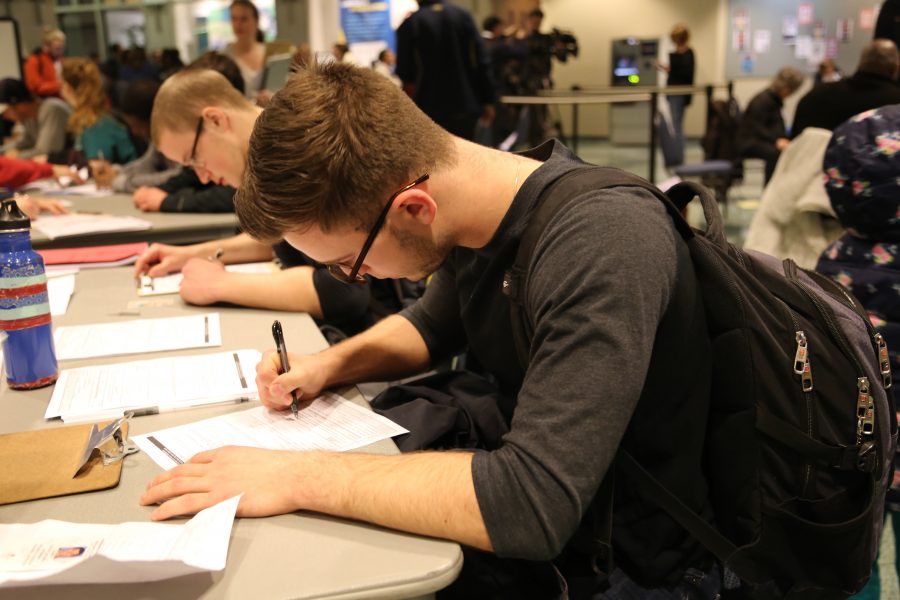 The entire country is in turmoil about the upcoming elections. People are imagining the worst things that could happen if one candidate or another gets elected, and some are already packing their bags for Canada. Every eye is focused on the race to the White House, waiting to see the results, and from every direction we are being urged to vote — by the news, our peers and even social media sites like Facebook and YouTube.

But as we look toward Washington, D.C., we forget about the elections that may actually impact us the most: elections for our local government.

It can be a social faux pas to be ignorant about presidential elections (of course, it’s hard to be with this one). Those who fail to do their research beforehand in order to make an informed decision are labeled as irresponsible voters. But researching our local politicians is often an afterthought.

How many Milwaukee citizens — including Marquette students who choose to vote in Milwaukee — know what their options will be on this year’s ballot? Do we even know enough about the candidates to have a clear, informed preference?

Here’s what you need to know for the upcoming election: according to myvote.wi.gov, on the Wisconsin ballot, you’ll have a choice between Ron Johnson (Republican), Russ Feingold (Democrat) and Phillip Anderson (Libertarian) for senator. For Congress, Gwen Moore (Democrat), Andy Craig (Libertarian) and Robert Raymond (Independent) are running.

A 2014 article from governing.com reported that in most cases, the number of voters who participate in local elections is lower than ever and could just keep dropping.

Why is this? For many, it may be a matter of effort. In presidential elections (especially this year’s), voters simply have to glance at the newspaper, listen to the radio on their way to work or watch television to get a sense of what issues are being discussed and where each candidate stands. Though getting your information this way can be biased, it’s extremely easy; you can go about your daily life while staying passably informed.

Local elections, on the other hand, require a bit more work. You might have to dig a little to properly understand your options and decide who would best serve your city, county, etc. Without this work, cities may end up with officials who are not a good fit.

To avoid electing someone you won’t be happy with, local elections are important, even the smaller primaries. Voters back in February, April and August elected officials that have a direct impact on Milwaukee, such as county executives, treasurers and aldermen.

We don’t have to sit around and complain about our elected officials. It’s been said time and time again, but each vote does make a difference. We get so caught up in elections on the national scale, yet we need to remember to care about our own cities and communities, the people we live and work with on a regular basis. Local elections may not be glamorous, but they are just as important to your daily life, if not more so.