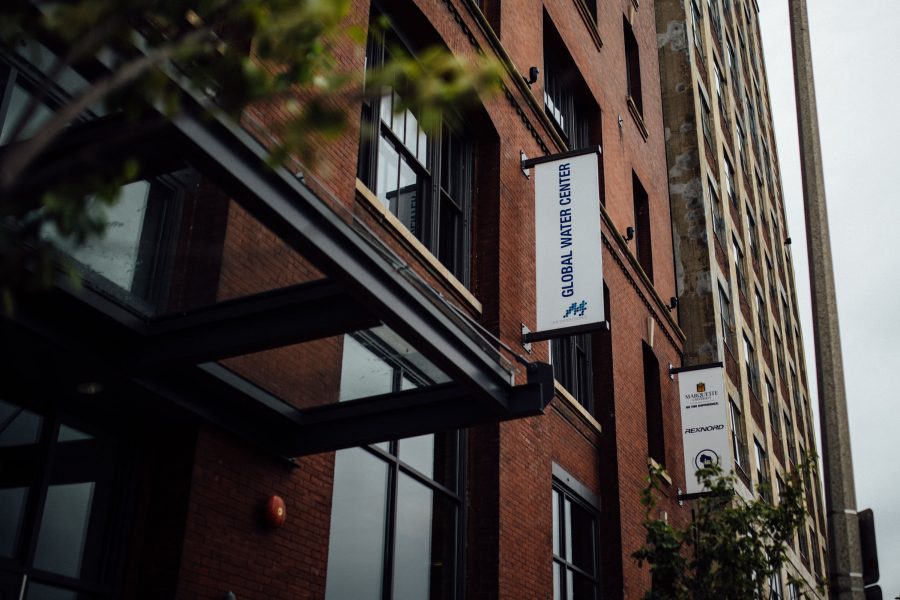 As urbanization and the population increase, so does the demand for water. Marquette University collaborated with US Council of Competitiveness and the A.O Smith corporation to form a counsel called the U.S. Energy and Manufacturing Competitiveness Partnership to come up with eight recommendations to address the need for water in the United States.

Marquette hosted a meeting in February 2016 to discuss the recommendations.  Marquette’s President Michael Lovell served as a co-chair and a member of the EMCP steering committee during the meeting.

Dr. Carmel Ruffolo, the associate vice president for the office of research and innovation, who served as an advisor to the EMCP, board, said this report helped Marquette take a “national lead” on water issues. Ruffolo emphasized the importance of water for industrial products.

Recommendations include the encouragement of the deployment of barriers that increase water supply and the integration of natural infrastructure to improve energy efficiency.  In total, “Water and Manufacturing,” a 32-page report released by EMCP maintains the recommendations.

Marquette’s association with the Global Water Center is an example of the efforts to implement these recommendations.

Ruffolo emphasized the recommendations outlined in this report are heavily focused on industries attempts at “green infrastructure” or sustainable approaches.

The report suggests creating  a “natural infrastructure,” which includes roof installments, rain barrels and constructed wetlands. This approach will save an estimated $1.5 billion.

Dr. Shrinivas Joshi, a professor in electrical and computer engineering, is working on initiative of the uptakes sensors, which monitor the levels of other substances, such as oil.

Joshi said the device was developed three years ago, and could see a prototype being released within the next six to eight months.

Joshi said he is already collaborating with the company Badger Meter, a manufacturer of flow measurement technologies, to help improve and commercialize his invention.

Badger Meter is working to make a wireless version of Joshi’s device once a prototype is released. Joshi said the company will be marketing and selling the device.

The full report can be found here.