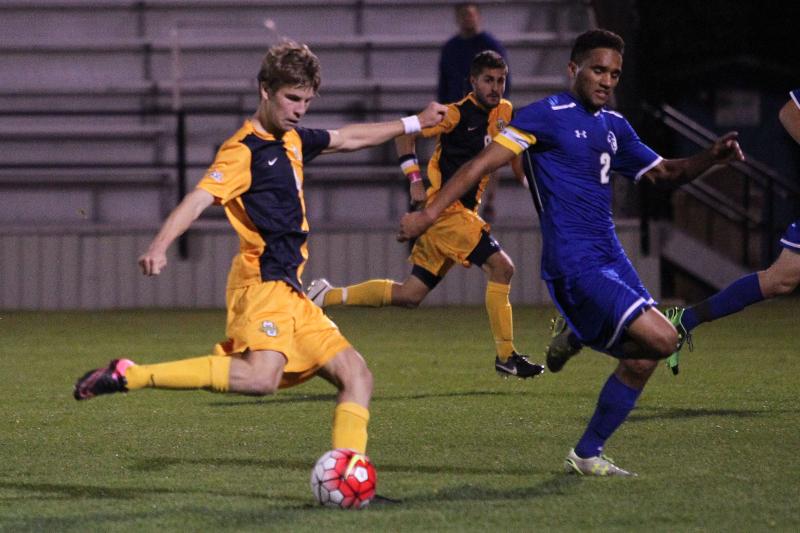 It’s hard to know what to expect from the men’s soccer team this season. Sometimes the team looks dynamic, like in their 4-1 victory against Illinois-Chicago. Other times, like tonight, things don’t click nicely.

Marquette’s weekend trip to New Jersey was arguably the biggest low of a topsy-turvy season. The Golden Eagles fell 2-0 to Seton Hall, a team that hasn’t won a BIG EAST game since 2014 and was voted to finish last in the conference in the preseason coaches poll.

Marquette’s woes began early with a giveaway by Anton von Hofacker in the sixth minute. Seton Hall’s Jonathan Jimenez took advantage of von Hofacker slipping just outside the box. He was able to chip the ball over a diving Wicho Barraza for his second goal of the season.

Francisco Alderete added insurance in the 53rd minute, firing a shot into the top of the net from the right side of the box.

Marquette has gone five games without a victory, tying three times and losing twice. The Golden Eagles have gone into a scoring slump, only finding the net once in the last three games.

Marquette returns to Milwaukee for Wednesday’s match against in-state rival Wisconsin. The Golden Eagles defeated the Badgers 1-0 on the road last season, but Wisconsin looks much stronger than it did in 2015.