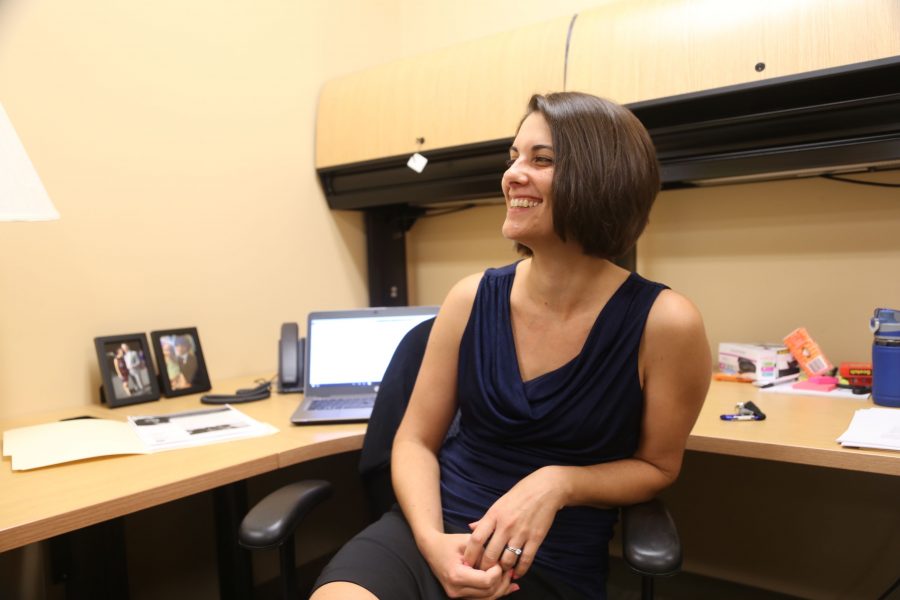 Marquette recently set a goal to increase the campus Hispanic population to 25 percent in 8-10 years, hiring Jacqueline Black as the new associate director for Hispanic initiatives.

In 2015, 71.4 percent of the student body was white, according to a university report. The current Hispanic population on campus is 9.5 percent.

Students in LASO mentioned that more Hispanics, as well as other races, would be attracted to Marquette if they saw students and faculty like them. Black has been meeting with the Spanish-teaching faculty over the past few weeks to discuss how to improve campus diversity.

“I think for our location, (the Hispanic population) is a large niche and it’s kind of disappointing,” Darlene Valdez, a sophomore in the College of Arts & Sciences and member of the Latin American Student Organization, said.

Lupe Serna, a sophomore in the College of Education and a member of LASO, emphasized the need to increase resources, as there is only one place on campus dedicated to diversity: the Center for Intercultural Engagement in the Alumni Memorial Union.

“In order to increase the number of Hispanics on campus, you have to provide them with the resources they need,” Serna said. “There might only be nine percent but that is still so many Hispanics and we can’t just have one center for resources.”

Nora Godoy, a freshman in the College of Communication and member of LASO, thinks an increase in diversity should go beyond students.

“I feel like parents are also a huge aspect to making this campus more diverse,” Godoy said. “Because I know some of our parents don’t speak English as fluently and some programs are only offered in English, so including parents in their children’s education is very important.”

Godoy continued, “At UW-Milwaukee they have huge diversity on campus. They have an open house, La Casa Abierta, geared toward Hispanics. Maybe if (Marquette) tried something like that, it could bring more Hispanics to the campus.”

“There should be some kind of stages in the process, like benchmarks goals,” Afinoguenova said.

Afinoguenova also wants the school to offer more Latin-based classes. “We definitely need to change the programming to make it useful and attractive to Latinos and Latinas,” she said.