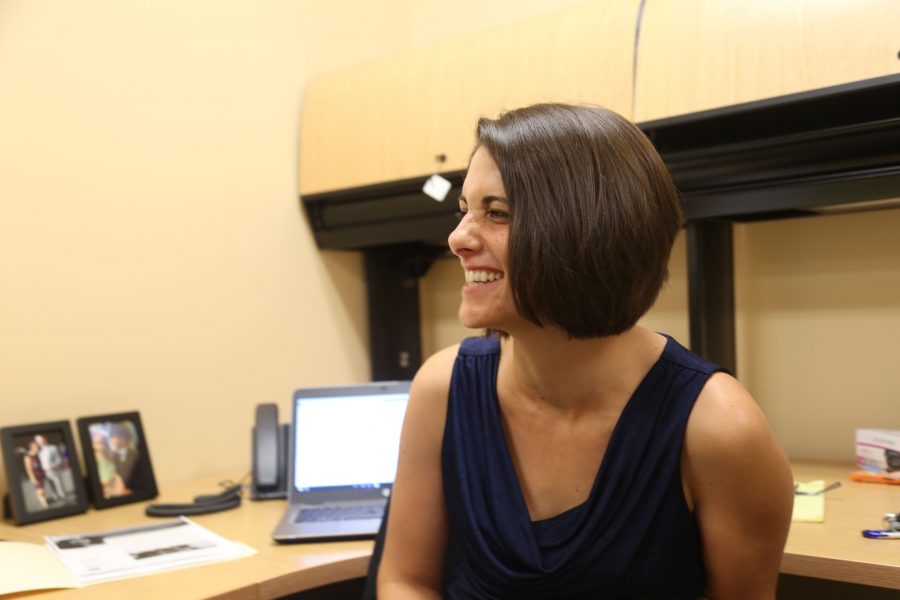 The university hired a new associate director for Hispanic initiatives, Jacqueline Black, to reach its goal to increase the Hispanic population to 25 percent 8-10 years.

Black spent the past 10 years at Marquette University High School where she taught Spanish classes and led the Orgullo Latino student organization.

“Working with these students and families, I realized very quickly that we were not as an institution being intentionally inclusive of this population,” Black said.

During her time at MUHS, Black worked to make the institution more inclusive. Some programs Black helped with included translating documents, offering parent programming in Spanish, promoting cultural programming and creating a more inclusive environment for the Latino community.

Throughout her career at MUHS, the Hispanic population increased from nine percent to 18 percent.

The university wishes to earn the title of a Hispanic-serving institution, an official designation from the federal government. To qualify, Marquette must have a Hispanic enrollment of at least 25 percent. Marquette’s current Hispanic enrollment is 9.5 percent, compared to the current U.S. population of 17 percent.

If Marquette is officially designated as a Hispanic-serving institution, the university will be eligible for funding. According to the US Department of Education, funds may be used for activities such as laboratory equipment, academic tutoring, counseling programs and renovations for instructional facilities.

Joenny Lopez Cuevas, president of the Latina sorority Sigma Lambda Gamma and a sophomore in the College of Arts & Sciences, explained that hiring Black is a necessary step for the university to take.

“Even though Black is one person, we need to start somewhere,” Lopez Cuevas said. “We are very underrepresented here on campus. We only have two multicultural sororities and one fraternity. We need a voice and to be heard in a campus that is a majority white.”

Black, along with the university, plans to increase the Latino student population by reaching out to the Milwaukee community and to Hispanic students nationally.

Ernie Sanchez, a former MUHS student and freshman in the College of Arts & Sciences, believes Black can accomplish this better than anyone.

“She did this at my high school,” Sanchez said. “This is a lot of work but I know she can do it because she’s done it before. I feel like we can help her as a community and bring back the voice that has been missing.”

Black said she wants to let prospective students know what programs and resources are available at Marquette, and make personal connections.

“Building these relationships will be key to developing a sense of trust and welcome,” Black said.

Her first step is to gather information and make connections. She has met with faculty, staff and administrators who are currently working with Latino students. Black will meet with students in the coming weeks to learn what drew them to Marquette in the first place.

Learning from the Hispanic Association of Colleges and Universities and other institutions that have become Hispanic-serving institutions, she will determine the best tactics to recruit new Hispanic students and help them through graduation.

Major components of the plan include further diversifying the student body, faculty and staff, enhancing social, academic and cultural programming, and promoting the development of more diverse learning opportunities.

Black believes students see themselves reflected within the student body, faculty, staff, programming and curriculum. It makes it even easier for a student to feel like he or she belongs.

“I am a strong believer that there is strength in diversity,” Black said. “When there is a multiplicity of perspectives, lived experiences, beliefs and cultures, everyone benefits.”