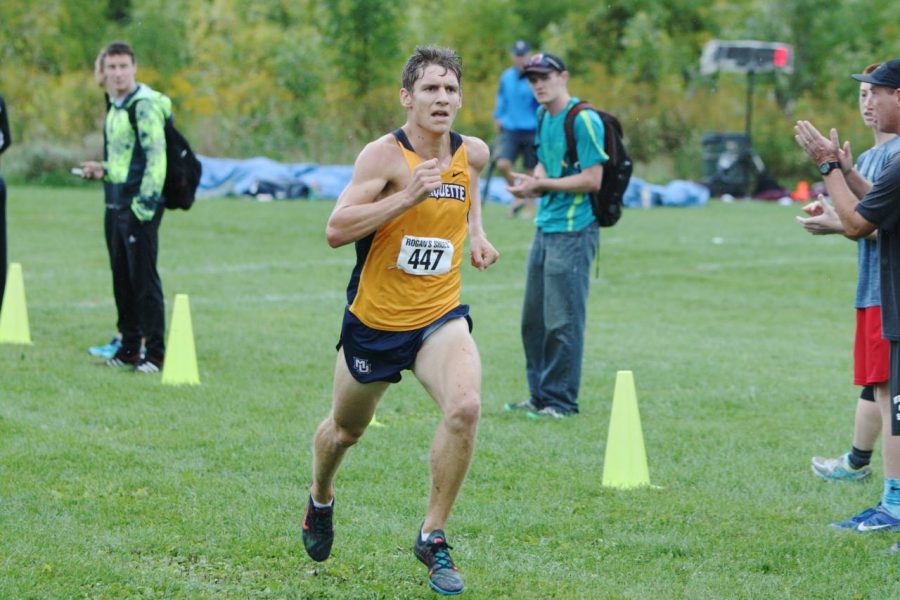 The Marquette cross country teams had another solid appearance at the 37th annual National Catholic Championships Friday night, where the women’s team took second, while the men’s team took fourth.

On the men’s side, the Golden Eagles were led by junior Alec Miller, who finished second with a time of 25:11, and freshman Daniel Pederson, who finished 16th place with a time of 25:58. The Golden Eagles ran together as sophomore Brad Eagan (26:09) and redshirt freshman Ryan Burd (26:11) took 21st and 22nd while redshirt sophomore Aric Miller (26:50) and sophomore Jon Klaiber (26:51) finished in 40th and 41st place.

Coach Mike Nelson was proud of how the packs ran well together, which ultimately became key for Marquette getting a lot of team points.

“In both races, our pack did well,” Nelson told GoMarquette.com. “I felt like we packed up in little groups and the athletes really worked well together. You could see there was some great teamwork going on and people were pushing each other and that was great to see.”

Marquette will have this week off as they prepare for their next race, the Greater Louisville Classic, hosted by the University of Louisville.