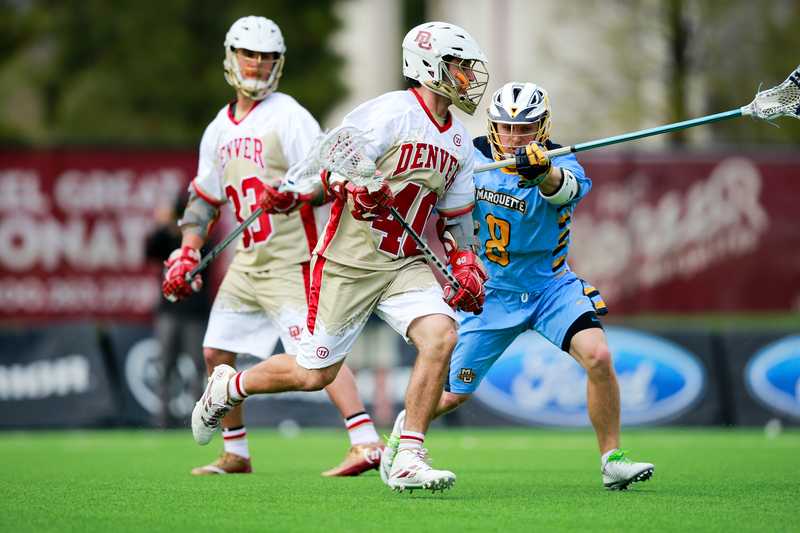 “Marquette University and the men’s lacrosse program have offered me opportunities of a lifetime over the previous five years,” Grill told GoMarquette.com. “When Coach Amplo offered me the director of operations position I was instantly ecstatic and could not believe the opportunity in front of me to remain a part of the Marquette lacrosse family and contribute to a program that has given me so much. Working with an outstanding coaching staff and team is going to be incredible and I am thrilled to be a part of the next generation of Marquette Lacrosse.”

Grill was a two-time All-BIG EAST First-Team member and a USILA All-American Third-Team member his senior year. Following graduation he began his professional career, highlighted by a Steinfeld Cup championship with the Denver Outlaws.

Marquette also announced the addition of former Johns Hopkins All-American Ryan Brown to the staff as a volunteer assistant. Brown scored 41 goals and 16 assists in 2016, his senior year. He was selected with the fourth overall pick in the Major League Lacrosse Draft by the Charlotte Hounds and scored 23 goals and seven assists his rookie season.

“Ryan Brown’s playing career speaks for itself and as I got to know him better, I quickly realized how impactful he can become as a coach,” Amplo told GoMarquette.com. “He has a knowledge for shooting and the personality to mentor our players. The fact that he played at Johns Hopkins and for a staff who I have tremendous respect for is an added bonus. I look forward to learning from him and seeing the impact he can make on the Marquette Lacrosse culture. “

“I am overly excited to join the Marquette men’s lacrosse staff,” Brown told GoMarquette.com. “The program has a great culture and incredible work ethic that makes it a terrific spot to coach and learn. The city of Milwaukee is also an awesome place to live and work. When I spoke with Coach Amplo about the opportunity to coach here I was excited and couldn’t say no to this awesome opportunity.”