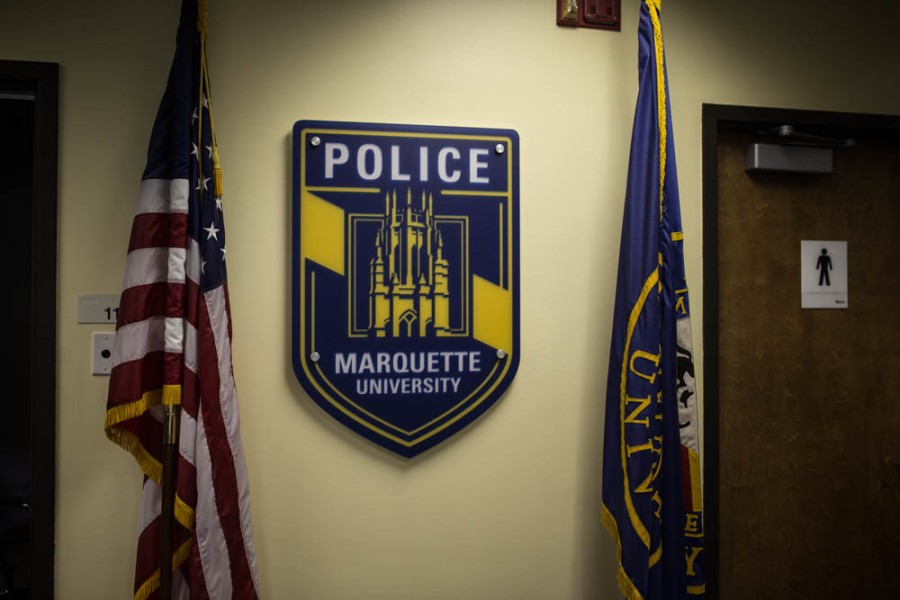 Two weeks ago, an unidentified Marquette student walked back and forth across a ledge on the 16th Street parking structure. After an hour, the student stepped back onto the structure to safety.

The Marquette University Police Department receives special training to help diffuse situations like the one that occurred Aug. 29.

“Officers have been prepped for situations like this,” MUPD Capt. Jeff Kranz said. “We have a Crisis Intervention Training program that almost two-thirds of the department are qualified in.”

The training helps identify if a person is in distress or not and why they are in distress, Kranz said. Once they identify the situation, the officers take action to try to prevent the crisis from getting worse.

Captain Kranz and an MUPD detective are the only two members of the force trained as crisis negotiators. Kranz previously worked for the Milwaukee Police Department which presented him with several sensitive events.

“When I was a part of the Milwaukee Police Department I was faced with an incredibly difficult situation,” Kranz said. “I went into a house and there was man with a shotgun to his head, contemplating suicide … I spoke with the man for about two to three hours and talked him down because of an odd connection I made with him: He and my son both shared the same name.”

Kranz went on to say that he is “less scared and more focused” in crisis-type situations. “You tend to forget about your own safety when trying to tend to another person, that is why the training is so beneficial to the officers.”

“You want to get down to that person’s level,” Mascari said. “If they are in distress, you don’t want to be loud or make any sudden movements. You want to reassure that person that they are going to be OK and bring them down from that high level of distress.”

Some people who are going through a crisis are suffering from mental illness.

“You want to bring attention to mental illness in a broad sense, but you have to be careful about listing specific situations,” Mascari said emphasizing the sensitivity in these situations. “Copycat situations can occur and that is the last thing we want.”

In situations like the one officers were faced with two weeks ago, “It’s all about keeping your composure,” MUPD Capt. Ruth Peterson said. “It was important that we developed a dialogue and tried to make a connection with the student.”

“It makes me happy to know that these officers are trained with the CIT course,” Tammy Dykes, mother of Sam Dykes, a junior in the College of Business Administration, said. “If that was my son or daughter, I would want these officers to handle the situation and be prepared in the exact same way.”