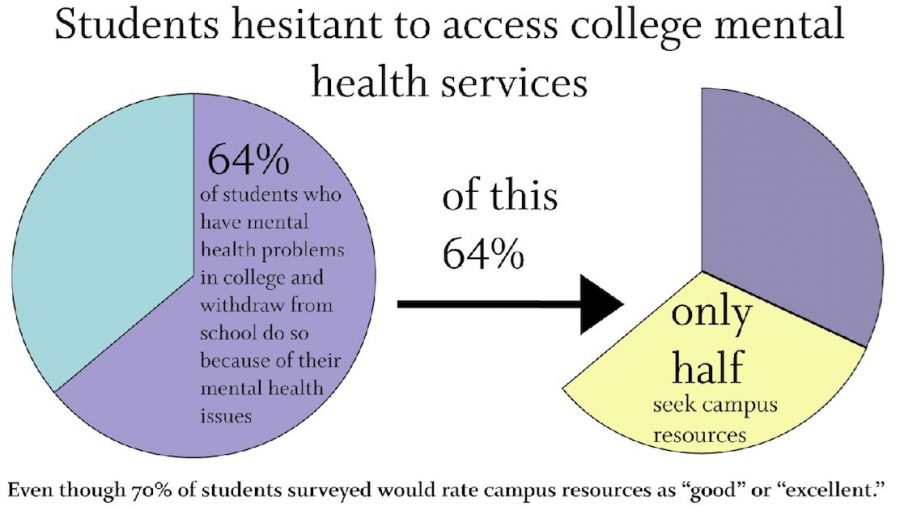 Most weekday mornings, after a long stretch and a motivational inner monologue, I shuffle from my bedroom to my kitchen to make myself breakfast. Afterwards, I take a multivitamin and an iron supplement, I step out for a short jog, I shower, I hydrate. Lather, rinse, repeat.

My day-to-day is not glamorous — nobody writes songs about toothpaste, or screenplays about B vitamins — but I do these things because my parents taught me these are the things people do to stay physically healthy.

What I was never taught, however, was how to be responsible for my mental health. I don’t resent my upbringing for missing this critical lesson, but I do wonder why it was a chapter decidedly skipped over. Was it that no one wanted to talk about it, or just that no one knew how?

I can’t say mental health was never discussed, we spoke briefly of it in high school health class. I remember because I gave a presentation on schizophrenia and used “Unwell” by Matchbox Twenty as the background music. It seemed like a joke then, and has remained a punch line since.

The lack of serious conversation around the topic has left me navigating my mental fitness like a tourist from a rural town navigates New York City — walking the wrong way through busy crowds and asking strangers to hold my camera as I pose in a way that suggests this was exactly where I wanted to be anyway. And from what I can tell, this narrative is shared by many people my age.

I think because we are young, issues we encounter with mental health are often excused as evanescent, and therefore not something to be taken seriously. We’re made to feel trivial — like our mountains are molehills. No 20-something wants to be seen as trivial. We want to radiate capability, we want to be complimented on our handshakes and we don’t want to beg to be taken seriously. And I think this exchange leads a lot of college students to a “suck it up and rub some dirt in it” mentality.

Mental health advocacy groups are quick to condemn campuses as breeding grounds for mental illness, but while the objective is admirable, blaming university administration completely misses the mark. Universities aren’t apathetic to the needs of their students, and most campuses offer professional resources, Marquette included, with its Counseling Center and Center for Psychological Services.

Mental health is a personal obligation. The root of the issue isn’t a lack of resources or a lack of education, it’s a lack of encouragement. People are apprehensive about utilizing university resources for a litany of reasons, but a common thread is stigma. Mental illness has a way of becoming a person’s identity, and when we’re this young and still trying to learn what our identities are, we don’t want to tie ourselves down to such a pejorative one.

A 2012 study by the National Alliance on Mental Illness reported “Sixty-four percent of students who experience mental health problems in college and withdraw from school do so because of their mental health issues.” Of that 64, half never seek out university resources, though 70 percent of students surveyed would rate their campus resources as “good” or “excellent.”

Author Joan Didion says it best, “… to give us back to ourselves — there lies the great, the singular power of self-respect. Without it, one eventually discovers the final turn of the screw: one runs away to find oneself, and finds no one at home.”