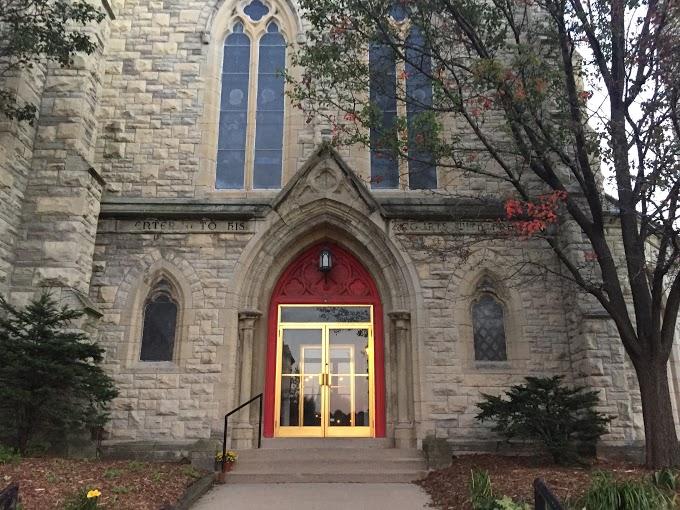 St. James Episcopal Church is home to The Gathering.

Feeling the need to be more involved in my community and gain some experience, I volunteered over the summer at a local homeless shelter in my hometown of St. Paul, Minnesota. Though it’s probably something I should be doing regularly and should have started years ago, I had been avoiding it for a long time.

The reason? I was afraid of the homeless — a silly but very common fear that I was finally forcing myself to confront. Considering Milwaukee has over 1,500 people without shelter, it’s important for Marquette students to confront anxiety regarding the homeless and not turn a blind eye to the problem.

Unease around those living on the streets is overwhelmingly common. Often we choose to distance ourselves from the hardships that others in our community face because we cannot fully understand or relate to their situation. It is easy to feel removed from the issues while those suffering walk to the Milwaukee Rescue Mission, and you to the library.

For many, safety remains a huge concern. With the knowledge that crime exists on campus, there is a tendency to put your safety at the forefront of the conversation, disregarding that the homeless are not inherently criminal. As a small, 5-foot-2 female myself, I get it: being approached by strangers automatically sets off alarms.

However, these are regular people struggling with many underlying obstacles. The National Coalition for the Homeless cites mental illness as the third largest cause of homelessness, right after inadequate income and housing. It’s a vicious cycle — low income deprives many of them of the healthcare they need, perhaps preventing them from maintaining mental stability and in turn decreasing any chance of decent employment. This is not to say every person in a shelter is suffering from mental illness, but even among those who do have jobs, some find it impossible for their income to cover housing, food, clothing and other necessary costs.

Working at the shelter, I checked the clients in at the front desk, helped oversee the showers and did other small tasks. One of the employees became my role model for the way she approached the clients. She greeted each person with a genuine smile, saying things like, “Well hello, young man! How are we this morning?” or “Hi, pretty lady! We missed you on Friday!” She knew most of them by name and treated them no differently than if they were her own friends and family.

I tried to mirror her, chatting with the people, talking to them about their day, and gradually becoming more comfortable with them. I began to see them not as nameless, vaguely threatening strangers, but fellow humans with stories, feelings and personalities. The vast majority were kind, grateful and always polite to me.

During lunch one day, I watched as each person received food and thanked the volunteers. I thought that if everyone came in here and saw this, no one could possibly be afraid. Though perhaps not realistic, it would at least be a start.

Distance and avoidance make it impossible to improve a community. If you’re uncomfortable giving money, direct them to a shelter like The Gathering (right next to Straz Tower), where they can receive food and assistance. The best advice I’ve received at Marquette is to, at the very least, acknowledge the homeless and regard them with dignity. Treat them as you would a normal person. If you open that door, understanding and community strength will eventually follow suit.