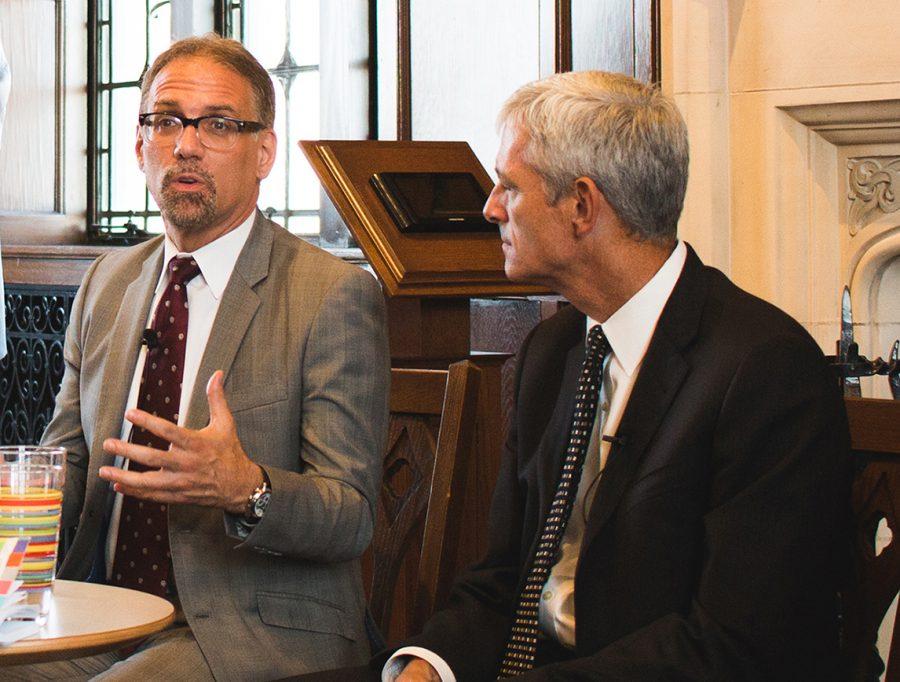 In an effort to diversify campus, the university is setting a goal of obtaining a 25 percent Hispanic population over the next 10 years, but some student diversity advocates are concerned this number may lead to the exclusion of other minority groups.

As of now, Hispanics are the only minority group the university gave a specific, targeted number to obtain. Chris Jenkins, associate director of university communication, said Marquette plans to set goals for African-American, Native American and female student recruitment in the near future.

Provost Dan Myers and Jenkins said the reason for efforts to diversify campus is because it is a part of Marquette’s duty to serve people of different backgrounds.

“As a Jesuit Catholic institution we have a mission to support many different populations and we don’t represent the population that is around us,” Myers said.

Once Marquette reaches the 25 percent mark, it will qualify as a “Hispanic-serving institution” which is an official designation from the federal government which will make the university eligible for funding.

According to the US Department of Education, funds may be used for activities such as laboratory equipment, academic tutoring, counseling programs and renovations for instructional facilities.

Myers added that the goal was a response to the growing Hispanic population in Wisconsin and Illinois, where Marquette draws many of its students from.

The university aims to reach its target by recruiting in counties and high schools with high Hispanic populations. It also plans to provide more Spanish language services in recruitment efforts.

Devinne Love, who served on the Diversity, Inclusion and Social Justice Committee and is a sophomore in the College of Communication, said she has noticed more diversity compared to when she first came to campus.

“It’s always progressing and that’s what I like to tell people,” Love said. “Maybe it isn’t what it should be at, but it’s always getting better.”

Josh Miles, a student leader on the Diversity, Inclusion, and Social Justice Committee and junior in the College of Communication, said the university’s goals are “necessary and achievable.”

Miles said the effort to increase the Hispanic population on campus makes sense because many Latinos and Latinas identify with the Catholic faith.

However,  Miles is wary of some aspects of this effort.

“My qualms about this goal are that the university needs to make sure that it has the correct infrastructure and resources so that when these students get here they can thrive. Which myself and many other students and staff believe we do not have,” Miles said in an email.

Miles is concerned the initiative may lead to exclusion of other minority groups. He said the university needs more trained counselors to help students with academic and personal needs.

“Marquette needs to engage with other underrepresented Milwaukee populations as well,” Miles said. “I feel like this initiative will exclude a lot of people, whom should also be targeted in admissions.”

The university has been making progress in its attempts to diversify campus. Underrepresented populations make up 30 percent of the first year class.

The Hispanic population has increased by four percent in the last eight years according to the fall semester census. In 2015, nine percent of students were Hispanic.

Marquette has been creating three key action items to make Marquette a diverse and understanding place.

This plan includes diversity training, and developing infinity groups where people can gather who share interest in certain issues. The university is also looking into how they can create a more diverse faculty.