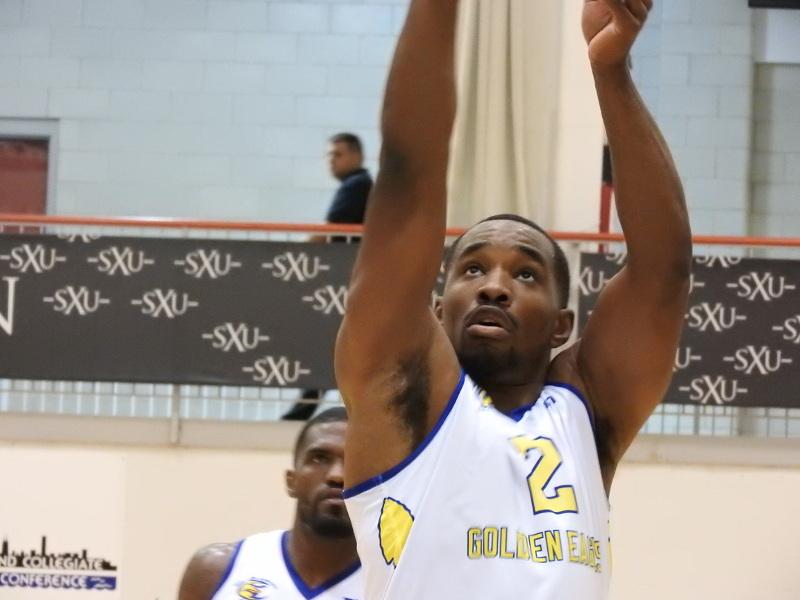 Derrick Wilson is the only player on the Marquette Alumni Team to play under Steve Wojciechowski.

As the Golden Eagles Alumni compete for $2 million in the 2016 TBT, the team contains remnants from the 2003 Final Four team, the James-McNeal-Matthews trifecta of the late 2000s and the Buzz Williams-led teams that enjoyed back-to-back-to-back Sweet Sixteen appearances at the beginning of this decade.

One would expect an alumni team coming from primarily two different coaching philosophies and three eras to have trouble gelling.  Joe Chapman, who suited up from 2002-’06 for former coach Tom Crean, rejected that notion without an ounce of hesitation.

“Everybody (in the Marquette family) is out doing their own thing, but we always have each others’ backs,” head coach Wes Matthews said. “We are always rooting for each other.”

“We just continue that camaraderie because if you haven’t been through Marquette, you don’t understand it,” Matthews continued. “Once you come out of it, it’s brotherhood.”

Matthews mentioned general manager Dan Fitzgerald, his teammate from 2005-’07 at Marquette, as an example of the school’s brotherhood.

“I haven’t seen Dan in forever, but we picked up where we left off,” Matthews said.

Fitzgerald was tasked with assembling the team with help from Director of Player Personnel and Golden Eagles Alumni assistant Travis Diener.  Fitzgerald said it wasn’t too difficult to find players.

The former Marquette greats reconnected at the end of last month when Marquette head coach Steve Wojciechowski hosted the team at the Al McGuire Center for a TBT training camp. The experience at the camp translated into better team chemistry in the team’s victories over Hoopville and the Spartan Heroes.

“We needed (the training camp) to go over a couple of plays, get some continuity, get up and down and get some rhythm with each other,” Dwight Buycks said.

Wojciechowski’s invitation was especially noteworthy since the only player on the roster to play under Wojo is point guard Derrick Wilson.

“Coach Wojo welcomed us with open arms,” Buycks added. “You don’t get that (treatment) anywhere.”