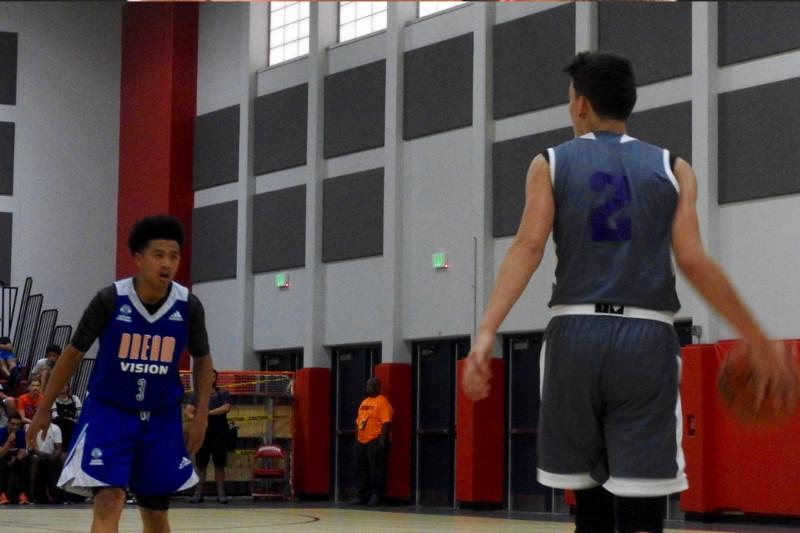 Marquette has a 40 percent chance of landing Tyler Herro according to 24/7.

Class of 2018 guard and Marquette target Tyler Herro shined in the NY2LA Summer Jam Wednesday, leading the U17 Wisconsin Playground Warriors with 20 points in their 75-57 loss to the California-based U17 Dream Vision.

Herro exhibited excellent footwork and a knack for penetrating the paint. However, his defense and shot consistency served as a reminder that he still has room to improve before contributing to a Division I program.

“I think I can do better offensively and defensively,” Herro said.  “In the next few months, I’d like to improve on defensively my strength and lateral quickness and (offensively) getting my consistency from three better.”

Herro will have plenty of options when making his decision, as he has already received 16 scholarship offers.  Herro’s suitors include 13 schools from the top six basketball conferences and all four in-state Division I schools.

He has no clear-cut timeline for trimming his lengthy list of schools but has identified his top factor in choosing a college — relationships with the coach.

Nelson has already built a rapport with the Whitnall High School product, as Herro mentioned that they talk on almost a daily basis.  Herro also talks with Wojciechowski “quite often.”

“(Nelson) told me that I am one of (Marquette’s) top priorities as a guard, and he thinks that I can make an impact right away,” Herro added.

The Greenfield, Wis., native has taken advantage of his proximity to Marquette’s campus, making the ten-minute commute to “run with the guys during open gyms.”  As a result, Herro said, “I’ve been (on campus) quite a bit, and I have a feel for the campus.”

Per NCAA rules, the men’s basketball program cannot comment on specific recruits before they sign their National Letter of Intent.  Wojciechowski, however, previewed the much-coveted July evaluation period in a University-published video.

“July is a huge month for every college basketball program,” Wojciechowski said in the video. “Our staff will be pounding the pavement coast-to-coast, trying to identify guys that will help us be as good as we want to be in the future.”

Herro is one of many recruits to suit up in the NY2LA Summer Jam.  Class of 2018 forward Joey Hauser scored six points in the Iowa Barnstormers’ 57-37 rout of the SYF Players Wednesday.  Class of 2018 point guard Ayo Dosunmo suited up for Mac Irvin Fire Wednesday and Class of 2017 big man Theo John will compete Thursday with the Minneapolis-based Howard Pulley.  Class of 2017 guard Nojel Eastern is on Meanstreets’ roster but did not participate in the team’s Wednesday game.